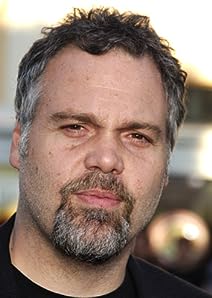 Vincent Phillip D'Onofrio was born on June 30, 1959 in Brooklyn, New York, to Phyllis, a restaurant manager and server, and Gene D'Onofrio, a theatre production assistant and interior designer. He is of Italian descent and has two older sisters. He studied at the Actors Studio and the American Stanislavski Theatre. Vincent D'Onofrio is known as an "actor's actor". The wide variety of roles he has played and the quality of his work have earned him a reputation as a versatile talent.His first paid role was in Off-Broadway's "This Property Is Condemned". He continued appearing in plays and worked as a bouncer, a bodyguard and a delivery man. In 1984, he made his Broadway debut in "Open Admissions", followed by work in numerous other stage plays. In 2012, D'Onofrio returned to teach at the Lee Strasberg Theater & Film Institute. As a film actor, D'Onofrio's career break came when he played a mentally unbalanced recruit in Full Metal Jacket (1987), directed by the renowned Stanley Kubrick. For this role D'Onofrio gained nearly 70 pounds. He had a major role in Dying Young (1991), and appeared prominently in the box-office smash Men in Black (1997) as the bad guy (Edgar "The Bug").Other films of note in which he has appeared are Mystic Pizza (1988), JFK (1991), The Player (1992), Ed Wood (1994), The Cell (2000), The Break-Up (2006) and Jurassic World (2015). In 1996, D'Onofrio garnered critical acclaim along with co-star Renée Zellweger for The Whole Wide World (1996), which he helped produce. He also made a guest appearance in Homicide: Life on the Street: The Subway (1997), where he played an accident victim who could not be rescued and was destined to die. For this performance he won an Emmy nomination. In 2000, he both produced and starred in Steal This Movie (2000), a biopic of radical leader Abbie Hoffman.In 2001, D'Onofrio took the role which has likely given him his greatest public recognition: Det. Robert Goren, the lead character in the TV series Law & Order: Criminal Intent (2001). Goren is based on Sherlock Holmes but, instead of relying upon physical evidence like Holmes, D'Onofrio's character focuses on psychology to identify the perpetrators, whom he often draws into confessing or yielding condemning evidence. He played the part for 10 years.In his career D'Onofrio's various film characters have included a priest, a bisexual former porn star, a hijacker, a serial killer, Orson Welles, a space alien, a 1960s radical leader, a pulp fiction writer, an ingenious police investigator and Stuart Smalley's dope-head brother. His on-screen love interests have included Julia Roberts, Cameron Diaz, Renée Zellweger, Marisa Tomei, Tracey Ullman, Rebecca De Mornay and Lili Taylor. One of his latest roles is in Marvel's Daredevil (2015) as Daredevil's nemesis, Wilson Fisk. He lives in Manhattan with his wife and children. - IMDb Mini Biography By: Roger Burns <rogerburns@pobox.com>

Amazon Video has the most number of Vincent D'Onofrio’s flixes, followed by Vudu compared to other streaming platforms. See the full graph below.

On average the IMDB score of the movies that Vincent D'Onofrio has worked on is 6.3.

A blind lawyer by day, vigilante by night. Matt Murdock fights the crime of New York as Daredevil.

Documentary
Heroes Behind the Badge (2012)

A documentary film featuring some of the brave men and women of law enforcement who put their lives on the line and survived, and those who made the ultimate sacrifice.

This feature length documentary is a heart wrenching true life crime saga about the men and women of law enforcement and their selfless acts of courage under fire. The film takes place in ...

A pragmatic U.S. Marine observes the dehumanizing effects the Vietnam War has on his fellow recruits from their brutal boot camp training to the bloody street fighting in Hue.

A gangster named Bumpy Johnson makes his way in Harlem during the 1960s. A TV prequel to the 2007 film, 'American Gangster', which centered on the criminal enterprise of Frank Lucas.

Biography,Documentary,Music
Sinatra: All or Nothing at All (2015)

SINATRA: All or Nothing at All is an up-close and personal examination of the life, music and career of the legendary entertainer. Told in his own words from hours of archived interviews, ...

Xavier is a faun-like wanderer/seeker who is traveling across the land to find out the truth about his mysterious origin. Facing rednecks, inflicting righteousness and preaching about the 'strong, silent types' and morality, this hero has his work cut out for him.

This third Law and Order series involves the criminal justice system from the criminal's point of view.