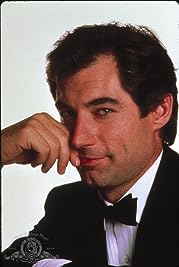 Amazon Video has the most number of Timothy Dalton’s flixes, followed by Vudu compared to other streaming platforms. See the full graph below.

On average the IMDB score of the movies that Timothy Dalton has worked on is 6.4.

A young governess falls in love with her mysterious employer, but a terrible secret puts their happiness at risk.

The adventures of an idealistic mad scientist and his field team of superpowered outcasts.

A dramatized documentary about the evacuation of the British Expeditionary Force from Dunkirk in May 1940.

During the sixteenth century, the Catholic Mary, Queen of Scots engages in over two decades of religious and political conflict with her cousin, the Protestant Queen Elizabeth I of England, amidst political intrigue in her native land.

Animation,Family,Fantasy
Secret of the Wings (2012)

Tinkerbell wanders into the forbidden Winter woods and meets Periwinkle. Together they learn the secret of their wings and try to unite the warm fairies and the winter fairies to help Pixie Hollow.

Two terminally ill patients in a hospital yearn for relief from their predicament. With little or no friends, they form an uneasy alliance and plot an escape for one last wild time.

James Bond is sent to investigate a KGB policy to kill all enemy spies and uncovers an arms deal that potentially has major global ramifications.