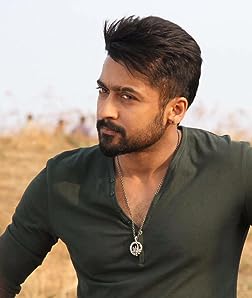 Amazon Video has the most number of Suriya’s flixes, followed by Amazon Prime Video compared to other streaming platforms. See the full graph below.

Suriya works mostly in Drama Genre followed by Action Genre flixes. 30% of Suriya movies are Drama Genre movies. See Top Genres that Suriya worked on in the graph below.

On average the IMDB score of the movies that Suriya has worked on is 6.9.

Based by the life of ISRO Scientist Nambi Narayanan who was falsely accused of being a spy and arrested in 1994. Though free, he is still fighting for justice, with those police officials alleged to have falsely implicated him, still free.

Chittan, a social outcast, has grown up in a cemetery. A drug dealer finds him a job in a cannabis farm. In prison, he meets a conman, Shakti. This friendship transforms him from his stony existence.

A father and son help each other through growing up, romance, tragedy, and adventure.

After a police team kills his brother, a drug-dealing gangster vows to kill the entire team and their respective families.

A scientist invents a time machine, which leads to a bitter battle between his evil twin brother and his son.

A Misogynist's attitude towards women and love starts to change after he develops feelings for a woman.

Looking to put behind a past that haunts him, Nandha tries to reconcile with his mother and live life on his terms.