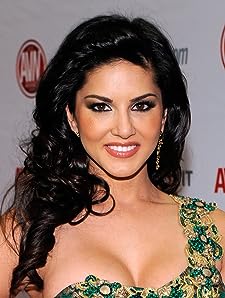 Amazon Video has the most number of Sunny Leone’s flixes, followed by Amazon Prime Video compared to other streaming platforms. See the full graph below.

On average the IMDB score of the movies that Sunny Leone has worked on is 4.5.

Mostly Sunny is a documentary that tells the remarkable story of Sunny Leone, the Canadian-born, American-bred adult film star who is pursuing her dreams of Bollywood stardom.

A single father battles injustice after his daughter is raped and the perpetrators are found not guilty.

Sathish, who is ashamed of his cheap phone, gives in to temptation when he finds one lying unattended in a shop and steals it. Unfortunately for him, the phone belongs to someone dangerous.

Noor is a journalist who juggles her work, love and personal life on a day-to-day basis. One day, Noor's life takes a dramatic turn when she comes across an eye-opening investigative news story.

Two lovers, having been denied true love 300 years ago, are reincarnated in order to correct that wrong.

The story is about Urvil Raisingh and Celina who meet at an event and a memorable night later. Returning back home they continue with their lives. The memories of Celina haunt Urvil. What happens next forms the crux of the unfolding drama. One Night Stand explores the hypocritical world we live in. What is it that Urvil wants?

A young and ambitious woman's life suddenly comes crashing down when she is betrayed in love. Determined to get revenge she reinvents herself as a successful businesswoman.