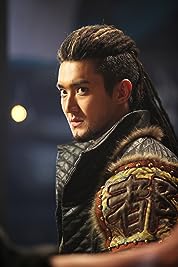 Music careerChoi Siwon was raised in a strict, Protestant family from Seoul, South Korea. After Choi's talents were scouted in the Starlight Casting System in 2003, his parents initially disapproved him to pursue in an entertainment career. After consideration, his parents approved Choi to sign under the talent agency SM Entertainment, where he was trained in areas of singing, acting, and dancing. He made his first appearance in a music video of The Grace's Dana when she was still a solo singer in 2003. A year after, Siwon made a brief appearance in the short drama, Precious Family. In early 2005 Choi's talent agency released an announcement that Choi would officially debut as a member of the large all-boy music group, Super Junior, which was slated to make an official debut near the end of the year. A few months before debut, Choi made his first media appearance with Han Geng as a runway model, in a Fashion Show F/W general idea by Bum Suk.On November 6, 2005, Choi officially debuted on SBS's Popular Songs with the reason of Super Junior, performing the group's first single "TWINS (Knock Out)."Choi is one of the few members of Super Junior who actively appears on variety shows. Choi makes frequent appearances on Love Letter and other popular South Korean variety programs. Choi is also a popular symbol for endorsements, being an endorser of many items in South Korea. In early March 2007 he has been picked up as the presenter of Thailand's 12 Plus Powder and went to Thailand several times a year to shoot the commercial.Acting careerAlthough initially trained to be a singer, Choi has made many appearances in dramas. He made his first official drama appearance on KBS's 18 vs. 29 in 2005, playing the role of young Kang Bo-nam. He later joined the cast for the Korean drama mini-series Spring Waltz in 2006. Siwon's first lead role was in the mini-drama, Legend of Hyang Dang (í-¥ë‹¨ì „), released on September 2007.Choi was chosen to be part of the epic film A Battle of Wits acting alongside Hong Kong actor and singer Andy Lau. A Battle of Wits is a big budget film with joint collaboration from South Korea, China, and Japan, and was released in China and Hong Kong on November 23, 2006. The film was released in Korea in early 2007. Choi has promoted the movie in China with a short tour of four cities at the end of November.[1] Choi also received praises from co-star Lau, stating that Choi is a wonderful actor and is a good example that can be set for young Hong Kong idols.[2]Starting 2008 Choi will be starring in another Korean language film, "Sun Jung Man Hwa", with Yoo Ji-tae, Lee Yeon Hee, and Chae Jung An. Choi will depict as a high school student who falls in love with Chae Jung An, a woman much older than he.Personal lifeChoi continued his education after his debut with Super Junior. He attended Hyun Dae High School as a teenager and later went on to attend Inha University. A year before his debut with Super Junior he traveled to Beijing, China to learn about the country's language and history and stayed there for six months. Choi is also a drummer, having performed with his senior label mates, The TRAX in September 2006 on SBS's music show Popular Songs, due to the fact that their drummer, Rose had left the band. Choi is nicknamed Simba by his band mate Kim Heechul. Members joke that he has the same smile as the Joker from Batman and has the appearance of a horse. - IMDb Mini Biography By: hwangyoonhae

Rakuten Viki has the most number of Si Won Choi’s flixes, followed by Kocowa compared to other streaming platforms. See the full graph below.

On average the IMDB score of the movies that Si Won Choi has worked on is 7.0.

Series Outline: Sung Min Woo is the top male star in Korea due to his good looks and singing talent. Ambitious, he moved into TV dramas which he helps with his star power and hinders with ...

Yang Jung Kook is a veteran conman, but he has never been arrested. One day, his girlfriend suddenly runs off with the money they were going to use for their marriage. Yang Jung Kook is ...

Byun Hyun, confident, naive, warm-hearted and a son of a wealthy family, starts living in a poor area, where he meets Baek Joon, a positive woman who works part-time jobs to make ends meet.

IRIS Spin-Off about a new agency, called the National Anti-Terror Service (NTS), as they go up against another secret terrorist organization, called Athena.

When corrupt Roman leader Tiberius arrives with a giant army to claim the Silk Road, Huo An teams up his army with an elite Legion of defected Roman soldiers led by General Lucius to protect his country and his new friends.

A portable nuclear device, DC8, has been stolen from South Korea by a ruthless criminal (Chang Chen) and his accomplice (Janice Man). As the weapon will change hands in Hong Kong, Lee (Nick...