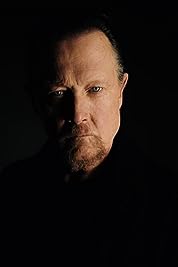 Robert Hammond Patrick Jr. was born on November 5, 1958 in Marietta, Georgia, and raised in Columbus, Ohio, the eldest of five children. He attended the Bowling Green State University in Ohio, but dropped out after he took a drama course and became interested in acting. After leaving college, he took a job as a house painter and continued as such until a boating accident in Lake Erie in 1984. He swam for three hours in order to save the others still stranded on the accident site, while he nearly drowned in his attempt. After the accident, he moved from Ohio to Los Angeles, California. He worked in a bar to supplement his income and even lived in his own car.Patrick starred in various direct-to-video television movies, and had a short appearance in 58 minutes pour vivre (1990). His breakthrough role came as the liquid-metal, shape-shifting T-1000 in James Cameron's blockbuster Terminator 2 - Le jugement dernier (1991). After that, he landed roles in various feature films such as Last Action Hero (1993), Visiteurs extraterrestres (1993) and Striptease (1996). His performance in Fire in the Sky caught the attention of Chris Carter, creator of the television series X Files: aux frontières du réel (1993). After David Duchovny distanced himself from the series during its seventh season, Patrick was cast as FBI Special Agent John Doggett.On the small screen, Robert was a series regular on Season Six of HBO's True Blood (2008) and also appeared in the final season. He had a memorable role in the final season of Sons of Anarchy (2008), did a cameo role on the sitcom Community (2009), and had a supporting role in Season One on Robert Rodriguez's Une nuit en enfer (2014) for the El Rey Network. In Spring 2017, it was announced that Robert would have a featured role in Gale Anne Hurd's highly anticipated Amazon series Mythes et croyances (2017), based on the popular horror podcast.Recent film credits include Universal Pictures' Arnaque à la carte (2013) with Melissa McCarthy and Jason Bateman, Warner Brothers' Gangster Squad (2013) in which he played Josh Brolin's squad member going up against Sean Penn as Mickey Cohan, Une nouvelle chance (2012) opposite Clint Eastwood, Lovelace (2013) opposite Sharon Stone and Amanda Seyfried, Universal's remake of Un amour sans fin (2014) with Alex Pettyfer and Gabriella Wilde, Focus Features' Secret d'état (2014) opposite Jeremy Renner, and The Road Within (2014) with Kyra Sedgwick and Zoë Kravitz.In addition to his acting success, Patrick is a lifelong supporter of the military and the USO. The grandson of an Army veteran who served during World Wars I and II and the Korean War, Patrick grew up with a profound respect for troops. Devoted to giving back, he regularly goes on USO hospital visits and has participated in four USO tours in seven countries since 2008, visiting more than 8,100 service members and military families. He currently resides in Los Angeles, California with his wife, Barbara and their two children. - IMDb Mini Biography By: Kad

Amazon Video has the most number of Robert Patrick’s flixes, followed by Vudu compared to other streaming platforms. See the full graph below.

On average the IMDB score of the movies that Robert Patrick has worked on is 5.9.

A cyborg, identical to the one who failed to kill Sarah Connor, must now protect her teenage son, John Connor, from a more advanced and powerful cyborg.

Hour long show which looks at the life of American super-secret operators.

A show which highlights the events of the 90s.

A chronicle of country music legend Johnny Cash's life, from his early days on an Arkansas cotton farm to his rise to fame with Sun Records in Memphis, where he recorded alongside Elvis Presley, Jerry Lee Lewis, and Carl Perkins.

Computer wiz Jonny Quest and his friends battle international criminals using the resources of the Quest Foundation. Their chief weapon, and the target of many of their enemies, is the ...

A preteen's life turns upside down when he befriends the new girl in school and they imagine a whole new fantasy world to escape reality.