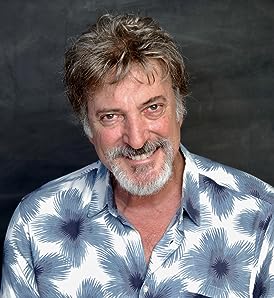 Richard Epcar is an actor/voice actor-director who has voiced over 600 characters in Video games, Animation and Anime. Best known as the voice of Batou in the Ghost in the Shell franchise, The Joker in several Batman games, including Injustice: Gods Among Us and Injustice 2, Raiden in Mortal Kombat, and Ansem in Kingdom Hearts. Starting out in Robotech, you've heard him in Korra, Lupin, Monster, Transformers, Star Wars, Bleach, Gundam, Babylon 5, and Power Rangers to name a few. He's also in many games, including: Final Fantasy, Saints Row, Arkham Origins, Skyrim, MK vs. DC, Call of Duty, X-Com, Command & Conquer, Dead or Alive, Dead Space, World of Warcraft, League of Legends, Splinter Cell, Guilty Gears, and Resident Evil. Richard has voice directed many games including: Arkham Origins, Dead Island, Blue Dragon, Star Ocean, Unreal Tournament, Smackdown vs. Raw, and many shows including: GitS 2, The Reef, Robotech Shadow Chronicles, Lupin the Third, etc. Richard has also appeared on-camera, including: Warehouse 13, Memoirs of an Invisible Man, Columbo, Diagnosis Murder, Matlock, Cheers, Days of our Lives, and General Hospital. - IMDb Mini Biography By: Richard Epcar

Amazon Video has the most number of Richard Epcar’s flixes, followed by Google Play Movies compared to other streaming platforms. See the full graph below.

On average the IMDB score of the movies that Richard Epcar has worked on is 6.9.

Makunouchi Ippo is an ordinary high school student in Japan. Since he spends most of his time away from school helping his mother run the family business, he doesn't get to enjoy his ...

The futuristic adventures of a female cyborg counter intelligence agent and her support team.

A filmmaker recalls his childhood when falling in love with the pictures at the cinema of his home village and forms a deep friendship with the cinema's projectionist.

An alien spaceship crash lands on Earth and the technology and secrets she bears lead Earth into three destructive interplanetary wars.

The story of the Joestar family, who are possessed with intense psychic strength, and the adventures each member encounters throughout their lives.

The master thief Arsene Lupin III arrives in his ancestral homeland of France, where he has new adventures and contends with new enemies.

The adventures of the master thief Lupin III and his cohorts as they dive into various escapades, all the while in pursuit by the tenacious Inspector Zenigata.

Action,Adventure,Animation
Lupin the Third: The Woman Called Fujiko Mine (2012)