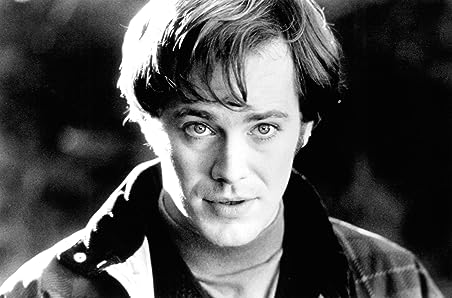 Outerbridge, together with two older sisters and two older brothers, grew up in Toronto, Ontario. While his father practiced law, his mother studied piano at the Royal Conservatory of Music. He comes from a family of artists, as his uncle (though not by blood) was opera singer Jon Vickers, and his cousin Billy is a regular at Stratford. In Outerbridge's own words, with his father being a trial lawyer, there were a lot of theatrics on his paternal side as well.Outerbridge began his acting career after high school, when he enrolled at the University of Victoria to study acting. After graduating in 1988 with a Bachelor of Fine Arts, he co-founded the theatre group Way Off Broadway and toured Canada with them for four years. In the early '90s, he started out in television, and his early credits include shows such as 21 Jump Street or The Commish. First feature films include Paris, France and Cool Runnings.His talent was recognized early on, when roles in Marine Life or Chasing Cain earned him award nominations such as Genie or Gemini Awards, and more roles in TV shows, movies and features films followed. He has worked steadily ever since, on a large variety of projects. His most notable roles include young student Matt in the critically acclaimed movie Kissed, who falls in love with a necrophiliac. Also of note is his performance playing the transsexual Judy in Better Than Chocolate, or his downright creepy portrayal of sexual assailant Theodore Gray in the thriller The Rendering.Ever since the early 90's, Outerbridge has been a steady presence not only on the silver screen but also on TV. Among many others, he played three different characters on the science fiction show The Outer Limits, had a recurring role in season three of Chris Carter's mystery spin-off Millennium, played the lead in three feature-length episodes of the 2004 version of The Murdoch Mysteries, and scored his biggest lead role to date in the same year, when he was cast as headstrong scientist David Sandström in The Movie Network's ReGenesis. The science-themed show successfully aired for four years and has been broadcast internationally in over 20 countries. ReGenesis has been nominated for several Gemini awards over the years.As more recent projects go, Outerbridge has portrayed one of Canada's political founding fathers George Brown in the TV period piece John A.: Birth of a Country, which earned him the 2013 Canadian Screen Award in the category 'Best Performance by an Actor in a Featured Supporting Role in a Dramatic Program or Series'. He's had a recurring role in The CW's modern spy reboot Nikita, and starred as special guest star on Global TV's World War II period drama Bomb Girls. If you keep an eye out, you will also be able to catch his occasional guest spots on shows such as Suits and The Listener, and the upcoming Dark Rising: Warrior of Worlds.In 2000, Peter Outerbridge married Canadian actress Tammy Isbell, with whom he has co-starred on more than one occasion, among them The Murdoch Mysteries (2004) and ReGenesis (2004). It is said the two of them met in 1994 while shooting an episode of The Outer Limits (1995) together, in which they fittingly played a young couple. In 2004, twins Thomas and Samuel were born. Outerbridge and his family live in Toronto. - IMDb Mini Biography By: Tina B. (peterouterbridge.net)

Amazon Video has the most number of Peter Outerbridge’s flixes, followed by Tubi TV compared to other streaming platforms. See the full graph below.

On average the IMDB score of the movies that Peter Outerbridge has worked on is 6.0.

Geneticist David Sandstrom is the chief scientist at the prestigious virology/micro-biology NORBAC laboratory, a joint enterprise between the USA, Canada and Mexico for countering bio-terrorism.

A drama about World War II women at work in a munitions factory.

James Mink is a black man in Canada who has built a very successful livery business, and enjoys a white wife and a beautiful daughter, Mary. An excellent match is arranged with an American ...

Mark A. Lewis's tragic-comic adventure ILL FATED plunges the viewer into the boxed-in world of Jimmy, a small-town teen who seeks a better life but who sees dead-end signs at every turn out...

A brutal drive-by shooting of a Croatian woman who works at an abortion clinic sends two homicide detectives out onto the streets of one of the world's most culturally diverse cities. Their...

Over the years, a child's romantic ideals about death blossom into necrophilia, the study of embalming and the most profound relationship of her life.

Dr. Luther Swann enters a world of horror when a virus is released from ice melting due to climate change.

In a highly regimented boarding school, a pair of students discover that things are not as they seem.