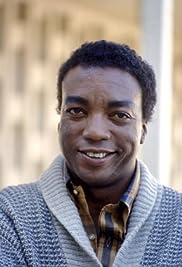 Signifying intelligence, eloquence, versatility and quiet intensity, one of the more important, critically acclaimed black actors to gain a Hollywood foothold in the 1970s was Paul Winfield. Born in 1939 in Los Angeles, he lived there in his early years before moving with his family to Los Angeles' Watts district. He showed early promise as a student at Manual Arts High School, earning distinction with several performance awards. As a senior, he earned his first professional acting job and extended his theatrical education with a two-year scholarship to the University of Portland in Oregon. Subsequent scholarships led to his studies at Stanford and Los Angeles City College, among other colleges. He left U.C.L.A. just six credits short of his Bachelor's degree.Paul's first big break came in 1964 when actor/director Burgess Meredith gave him a role in Le Roi Jones' controversial one-act play "The Dutchman and the Toilet". Director Meredith cast him again four years in "The Latent Heterosexual" with Zero Mostel. Although he won a contract at Columbia Pictures in 1966 and built up his on-camera career with a succession of television credits, he continued to focus on the legitimate stage. A member of the Stanford Repertory Theatre, he concentrated on both classic and contemporary plays. In 1969, Paul joined the Inner City Cultural Center Theatre in Los Angeles for two years, which offered a drama program for high school students.In the late 1960s, Paul redirected himself back to performing on television and in films with guest work in more than 40 series on the small screen, including a boyfriend role on the first season of the landmark black sitcom Julia (1968) starring Diahann Carroll. In films, he was given a featured role in the Sidney Poitier film The Lost Man (1969), and earned comparable roles in R.P.M. (1970) and Брат Джон (1971) before major stardom occurred. 1972 proved to be a banner year for Paul after winning the male lead opposite Cicely Tyson in the touching classic film Sounder (1972). His towering performance as a sharecropper who is imprisoned and tortured for stealing a ham for his impoverished family earned him an Oscar nomination for "Best Actor" -- the third black actor (Sidney Poitier and James Earl Jones preceded him) to receive such an honor at the time.From there a host of films and quality television roles began arriving on his doorstep. In minimovies, Paul portrayed various historical/entertainment giants including Thurgood Marshall, Don King and baseball's Roy Campanella, and was Emmy-nominated for his portrayal of Martin Luther King, Jr. in King (1978) with Sounder co-star Cicely Tyson as wife Coretta. Throughout the 1970s and 1980s, he earned solid distinction in such prestige projects as Backstairs at the White House (1979), Roots: The Next Generations (1979) (another Emmy nomination), The Sophisticated Gents (1981), The Blue and the Gray (1982), Sister, Sister (1982), James Baldwin's American Playhouse: Go Tell It on the Mountain (1985), Under Siege (1986) and The Women of Brewster Place (1989). Although the big screen did not offer the same consistent quality following his breakthrough with Sounder, he nevertheless turned in strong roles in Conrack (1974), Гекльберрі Фінн (1974), A Hero Ain't Nothin' But a Sandwich (1978) (again with Ms. Tyson), Damnation Alley (1977), Зоряний шлях: Гнів Хана (1982) and White Dog (1982).Paul never achieved the promise of a Sidney Poitier-like stardom and his roles diminished in size. Relegated to character roles, he still appeared in such quality television as Breathing Lessons (1994), although he was not the major focus. After two nominations, he finally won the Emmy for a guest performance as a judge on Picket Fences (1992). Paul's showier work at this period of time included the film Catfish in Black Bean Sauce (1999) and a surprise cross-dressing cameo as Aunt Matilda in Relax... It's Just Sex (1998). On stage, he graced such productions as "Richard III" (at New York's Lincoln Center Theatre), "Othello", "The Merry Wives of Windsor", "The Seagull", "A Few Good Men", "Happy Endings" and "Checkmates", which became his sole Broadway credit. Paul also served as Artist in Residence at the University of Hawaii and subsequently at the University of California at Santa Barbara. In his final years, he narrated the A&E crime series City Confidential (1998), appeared as a teacher in a television adaptation of his earlier success Дивовижний світ Дісней: Sounder (2003), and enjoyed a recurring role as Sam for many years on the series Touched by an Angel (1994).Suffering from obesity and diabetes in later life, Paul Winfield passed away from a heart attack at age 64 in 2004, and was survived by a sister, Patricia. His longtime companion of 30 years, set designer and architect Charles Gillan Jr. predeceased him by two years. - IMDb Mini Biography By: Gary Brumburgh / gr-home@pacbell

Amazon Video has the most number of Paul Winfield’s flixes, followed by DIRECTV compared to other streaming platforms. See the full graph below.

On average the IMDB score of the movies that Paul Winfield has worked on is 6.5.

City Confidential features real life stories in a wide variety of American cities. While many of these stories deal with murder, some also deal with attempted murder, and public officials caught in compromising situations, among other things. The cities featured vary widely in size, from the smallest village to the largest urban areas.

In 1984, a human soldier is tasked to stop an indestructible cyborg killing machine, both sent from 2029, from executing a young woman, whose unborn son is the key to humanity's future salvation.

A plantation owner's son falls in love with a slave named Easter and together they have a Mixed race daughter named Queen. As Queen grows up, she faces the struggle of trying to fit into ...

The oldest son of a loving and strong family of black sharecroppers comes of age in the Depression-era South after his father is imprisoned for stealing food.

The true story of Pat Conroy, an idealistic beautiful white teacher who is a grade-school instructor for a group of poor black children in an isolated school.

Benjie is a troubled teen in Los Angeles, living with his grandmother, mother, and her new boyfriend. Traumatized by his father's desertion and the situation at home, Benjie gets introduced...

This film adaptation of James Baldwin's celebrated novel tells the journey of a family from the rural South to "big city" Harlem seeking both salvation and understanding and of a young boy ...