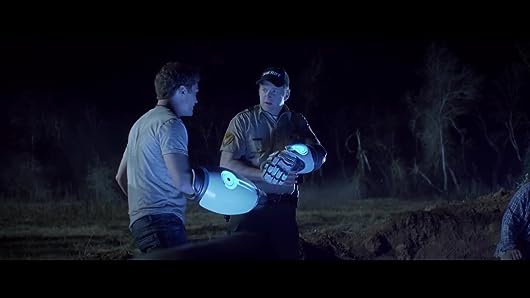 Michael Jones is an American actor, voice actor, Internet and YouTube personality who is known for his work with Rooster Teeth's gameplay division Achievement Hunter. He is the fourth main host at Achievement Hunter since 2012. He is most well known as a member of the Rooster Teeth team and a core part of Achievement Hunter who became the host of the hit series Rage Quit. He does Let's Play videos for Achievement Hunter for games such as Saints Row and Minecraft. He is good friends with Gavin Free and Ray Narvaez, Jr.Michael was born on July 24, 1987 in Woodbridge, New Jersey. Before fame, He grew up in Woodbridge, New Jersey. After graduating from high school, Jones worked as an electrician for almost five years. He was creating his own Let's Play YouTube community videos as LtMkilla which attracted the attention of Rooster Teeth and Achievement Hunter. Much of his content, including a popular series called Rage Quit, centered on video games. After a short career as a dice inspector, Jones was hired by Rooster Teeth in 2011 and moved to Texas. Jones first came to attention after his video "Crackdown 2 - Orbs = Bullshit" reached the front page of reddit. He received an email from Rooster Teeth asking him to join and make a new show for Achievement Hunter, which became Rage Quit. In September 2011, he co-founded and co-hosted, with Barbara Dunkelman, Ray Narvaez, Jr., Lindsay Jones, Kerry Shawcross, Andrew Blanchard, Mike Kroon, and Dylon Saramago, the triple award-winning Internet Box podcast. He is an occasional guest on the Rooster Teeth Podcast and is currently the main host of the Achievement Hunter podcast Off Topic. He portrays the voice of Sun Wukong on RWBY and Sting in Fairy Tail.Jones has worked as both an actor and a voice artist in multiple projects, several of which are produced by Rooster Teeth, including roles as Sun Wukong in Rooster Teeth's animated series RWBY, fictionalized versions of himself in both Rooster Teeth Shorts and Ten Little Roosters, Mogar in the animated series X-Ray and Vav, and Zach in the sci-fi comedy film Lazer Team. He has co-starred in the Rooster Teeth series Immersion since season two. His non-Rooster Teeth credits include the animated shows Fairy Tail, as Sting Eucliffe, and World Break: Aria of Curse for a Holy Swordsman, as Gen.The developers of the video game Surgeon Simulator named the alien character Gworb after a remark made by Jones in a Let's Play video in which Jones was conversing with gaming partner Gavin Free.He was raised Roman Catholic by his devout parents. He married his girlfriend Lindsay Jones, a fellow Rooster Teeth employee, on May 9, 2014. Michael is best friends with Gavin Free, and they constantly refer to each other as "my boi".He is continuing his Rage Quit series for the company and stars in their Let's Play videos. Jones has acting roles in the Rooster Teeth shows "Red vs. Blue" and "Rwby", as well as the English dubbed version of "Fairy Tail". He also played Zach in the upcoming film Lazer Team (2015). He lives with his wife, Lindsay Jones in Austin, Texas.He also started his own podcast along with his RT friends called the Internet Box Podcast.As LtMkilla, Michael's YouTube fame started mainly from his popular video, "Crackdown 2 - Orbs = Bullshit". This video had him chasing down an agility orb, constantly complaining about the difficulty of getting the orb. People found Michael's rage very entertaining, and the ending of the video had many viewers crying with laughter. This video attracted lots of attention and currently has over 600,000 views.As LtMkilla, he does mostly his own thirty-minute Let's Play videos on video games such as Dead Space 2, Resident Evil 4, and Portal 2. In an interview, he stated that "one day I got home from work and I noticed I had a thousand views, which is the most I had ever gotten, so I then decided I'm gonna release new videos each week." Eventually, after growing in ratings, he received an email from Rooster Teeth asking him to join and make a new show for Achievement Hunter, which became Rage Quit. Michael describes his job at Achievement Hunter as amazing, since he plays video games for a living.Michael is a common contributor and member/host of Achievement Hunter. As a member, he regularly releases achievement guides and easter egg videos, along with making his Rage Quit videos. Michael, alongside Gavin, edits the Let's Play videos including Minecraft, along with the "This is..." and "Things to do in" videos, and along with his Rage Quit videos. Michael sometimes introduces new video games in the "This is..." series. It was Michael's idea as well to start Let's Play videos which had become popular, especially the videos for Minecraft. Michael also helps to moderate the Achievement Hunter website.Michael is also a huge fan of games made by Rareware, a popular games company, more specifically Banjo & Kazooie. This very notable passion, for such a classic, has made him adopt the 'Banjo' skin in Let's Play Minecraft and Banjo-related merchandise which populates his desk.He is also a fan of The Legend of Zelda, having the game's iconic Triforce tattooed on one of his arms.Michael's main gamertag is MLP Michael. He, along with Gavin, were featured in Season Two of Immersion, being a test monkey for Burnie Burns's reality video gaming experiments. He currently voices Sun Wukong in RWBY and Sting Eucliffe in Fairy Tail, and voiced Gen in World Break: Aria of a Curse for a Holy Swordsman. - IMDb Mini Biography By: Rooster Teeth community, Erlend "Weegie" Skau

YouTube has the most number of Michael Jones’s flixes, followed by Google Play Movies compared to other streaming platforms. See the full graph below.

On average the IMDB score of the movies that Michael Jones has worked on is 7.8.

Three kids, Max, Neil and Nikki, spent the summer vacation at a dysfunctional campsite called 'Camp Campbell' which is currently in the hands the camp counselors, the overly cheerful David and the less optimistic Gwen.

4 Teenage girls form Team RWBY and train to fight crime and monsters known as the Grimm, while the world of Remnant remains on the brink of an all out war.

After one of their own is lost in another dimension, the Lazer Team groups together once again to fight against a new threat.

Four losers are thrust into the position of saving the world when they stumble upon a UFO crash site and become genetically equipped to the battle suit on board.