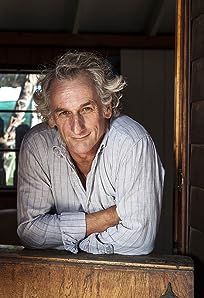 Canadian-born actor Matt Craven is among the most sought after character actors of film and television today, starring in such blockbuster critically acclaimed films as the Academy-Award-nominated "Crimson Tide" and "A Few Good Men" and SAG Award nominated "X-Men: First Class." Craven has starred opposite great Hollywood actors such as Denzel Washington, Gene Hackman, Helen Mirren, Maggie Gyllenhaal, Ethan Hawke, James Gandolfini, and Michael Caine, to name a few, and was recently seen starring in the hit ABC science fiction drama series "Resurrection" as Fred Langston, sheriff of Arcadia, Missouri, a town that's turned upside down as deceased loved ones return after death. Craven can also be seen starring in Roland Emmerich's film "Stonewall," which chronicles a young man's political awakening and coming of age leading up to the Stonewall Riots (set for 2015 release) and "Unless," based on the novel of the same name, opposite Academy-Award-nominated Catherine Keener, also set for a 2015 release.Originally from Ontario, Canada, Craven did not catch the acting bug until later in his years. Craven's father died six weeks after his birth, and he ultimately dropped out of high school to help support his mother and family. He found himself working odd jobs such as driving trucks and working maintenance for electrical companies. It wasn't until Craven was about 20 years old that his love for acting sparked when he found an ad in the local newspaper announcing auditions for a local production of Dracula. Craven auditioned, landed the role of Jonathan Harker, and from then on, never looked back. He found his true passion.Craven's first feature film was opposite Bill Murray in "Meatballs" as Hardware, one of Tripper Harrison's (Murray) counselors-in-training at Camp North Star, a cut-rate summer camp. This hilarious comedy was the start of Craven's career, especially in the comedy world. During this time, Murray took Craven under his wing and immediately started teaching him the fundamentals of improve and how to create and mold a character. Craven's second major project, the live action short "Bravery in the Field" was nominated for an Academy Award.In the following years, Craven moved on to star in three different sitcom pilots opposite the likes of Alan Arkin, Richard Lewis, Annie Potts and Holland Taylor. Moving away from the comedy scene, Craven's first major dramatic break came when he was cast in the drama/horror/mystery cult favorite, "Jacob's Ladder," which follows a haunted Vietnam war veteran as he attempts to discover his past while suffering from a severe case of dissociation. Craven starred as Michael, a chemist in the Army's chemical warfare division where he worked on a drug that was secretly given to the veteran's unit. This critically acclaimed film raised Craven's career to a whole new level, proving his versatility as an actor, and truly gave him a taste of Hollywood stardom.Craven has since starred in massively popular feature films including "Public Enemies," "Disturbia," "Déjà vu," "The Life of David Gale," "The Statement," "Indian Summer," "K2" and "Tin Men." On the small screen, Craven has worked exclusively with Graham Yost on HBO's acclaimed award winning series, "From the Earth to the Moon", "The Pacific", and "Boomtown." Most recently on "Justified", he also starred on TNT's "Nuremberg" and "Kingfish: A Story of Huey P. Long", Steven Spielberg's "High Incident" and opposite Jeff Goldblum on NBC's "Raines".Truly a man of many talents, Craven has also made a successful impact in theater as well, as his first off-Broadway play was the award winning "Blue Window," which was ultimately picked up and filmed for American Playhouse. He also successfully brought one of his favorite Canadian plays, "The Crackwalker" to be produced at The Hudson Guild Theater in New York City, starring himself, a young Joe Mantello ("Wicked") and Frances Fisher ("Titanic"). Additionally, Craven starred in the critically acclaimed American premiere of the German playwright, Franz Xaver Kroetz's "The Nest."Off the screen, Craven is a strong supporter of "One Heart Source," an organization designed to empower at risk children through education in Africa. He is also an avid golfer and is ranked third by Golf Digest in Hollywood's Top 100 Golfers. He also enjoys gardening, cooking and woodworking, and, most of all, spending time with his wife of over 25 years, Emmy-Award-winning Make Up Artist Sally Sutton, and their two children, Nicholas and Josephine. - IMDb Mini Biography By: Management

Amazon Video has the most number of Matt Craven’s flixes, followed by Vudu compared to other streaming platforms. See the full graph below.

On average the IMDB score of the movies that Matt Craven has worked on is 6.2.

A reporter confronts the psychological demons from her past when she returns to her hometown to cover a violent murder.

Los Angeles. Present day. Michael Raines, an eccentric but brilliant cop, solves murders in a very unusual way - he turns the victims into his partners. These visions are figments of Raines...

Mourning his dead child, a haunted Vietnam War veteran attempts to uncover his past while suffering from a severe case of dissociation. To do so, he must decipher reality and life from his own dreams, delusions, and perceptions of death.

On a U.S. nuclear missile sub, a young First Officer stages a mutiny to prevent his trigger happy Captain from launching his missiles before confirming his orders to do so.

The lives of the people of Arcadia, Missouri, are forever changed when their deceased loved ones return.

Father and son run their own two-man furniture business but have opposing ideologies on what should guide their craftsmanship, quality or commerce.

Seven friends reunite for a week-long reunion at a summer camp in Ontario they used to attend as children which is now threatened with being closed down.

A U.S. climbing team, funded by millionaire Clairborne is determined to conquer K2.