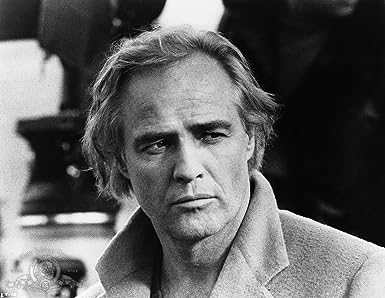 Amazon Video has the most number of Marlon Brando’s flixes, followed by Google Play Movies compared to other streaming platforms. See the full graph below.

On average the IMDB score of the movies that Marlon Brando has worked on is 6.9.

A U.S. Army officer serving in Vietnam is tasked with assassinating a renegade Special Forces Colonel who sees himself as a god.

Biography,Documentary
Listen to Me Marlon (2015)

A documentary that utilizes hundreds of hours of audio that Marlon Brando recorded over the course of his life to tell the screen legend's story.

Documentary that chronicles how Francis Ford Coppola's Apocalypse Now (1979) was plagued by extraordinary script, shooting, budget, and casting problems--nearly destroying the life and career of the celebrated director.

Biography,Documentary
Rita Moreno: Just a Girl Who Decided to Go for It (2021)

An alien orphan is sent from his dying planet to Earth, where he grows up to become his adoptive home's first and greatest superhero.

The destiny of legendary actress Anna Magnani through archive footage, often unpublished. To dive into the history of Italian cinema.