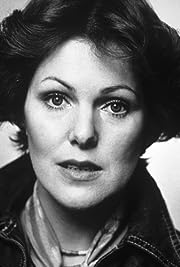 Actress of both the English and American stage and screen, Lynn Redgrave was born in Marylebone, London, England, into one of the world's most famous acting dynasties. As the daughter of Rachel Kempson and Sir Michael Redgrave, sister of Vanessa Redgrave and Corin Redgrave, and granddaughter of Roy Redgrave and Margaret Scudamore, all of whom were actors, her early aspirations were surprisingly to become an equestrienne or a chef. It was not until the age of 15 that she became more and more involved in acting and her father's stage performances.Attending London's Central School of Music and Drama, she made her stage debut in 1962 and began film work a year later. It wasn't until her lovable role as the ugly-duckling in Georgy Girl (1966), that she was taken notice and, as a result, won both the Golden Globe, New York Film Critics Circle Award and a nomination for the coveted Best Actress at the 1967 Academy Awards. Despite this promising performance, Lynn struggled to find promising follow-up work, she played the lead in the fluffy Smashing Time (1967) and Rekruten im Todesdschungel (1969), low-key films that were relevant at the time of London's swinging 60s, but very quickly became largely forgotten. She married stage actor/director John Clark and her sister, Vanessa Redgrave, who was also Oscar-nominated the same year for Protest (1966), was also gaining exposure and critical success if not surpassing Lynn, on both the British stage and films and was largely considered the leading face of England's breakout actresses of the '60s, alongside Julie Christie and other high-profile actresses.Becoming the label of Vanessa Redgrave's younger and chubbier sister "that did that film a few years ago" didn't sit well with Lynn and, as a result, she lost considerable weight and permanently settled in the U.S. in 1974 to distance herself from this. Primarily based in southern California, she regularly commuted to New York and became notable particularly on the Broadway stage, and had successful runs in "Black Comedy/White Lies" (1967), "My Fat Friend" (1974), "Mrs. Warren's Profession" (1976), "Knock Knock" (1976), "Saint Joan" (1977-1978), "Aren't We All" (1985) and "Sweet Sue" (1987). She was prolifically hired by major networks to appear on a variety of TV talk and game shows and held the position of co-host for a few seasons of Not for Women Only (1968), while acting on prime-time TV, whether it was guest spots, mini-series or short-lived TV series. For over 20 years, Redgrave's film career was infrequent and admittedly "terrible" by the actress herself, she notoriously played the title character in the critically-bashed, The Happy Hooker (1975), and the all-star cast misfire, Die haarsträubende Reise in einem verrückten Bus (1976), and, in the 1980s, she focused in a different direction, becoming a spokesperson and commercial actress for "Weight Watches". This coincided with the release of her well- received book: "This Is Living: How I Found Health and Happiness", that detailed her weight issues and eating binges, it was also revealed that for years she suffered bulimia. In the mid-to-late '90s, Redgrave had somewhat of a resurgence in her career, from 1993-1994, she spent over 8 months on Broadway, as well as touring across the world, performing her own personally written show of "Shakespeare for My Father", that explored the bisexuality, aloof persona and intimidating resume of her father. In 1996, Scott Hicks reignited her film career after many years of inactivity by casting her in the Australian Oscar-winning hit, Shine - Der Weg ins Licht (1996), in which she gave a short yet tender performance as "Gillian", the woman Geoffrey Rush's character falls in love with. Another Golden Globe win/Oscar nomination followed (this time in the supporting category) for her role as the Hungarian housekeeper in Gods and Monsters (1998). Her marriage abruptly ended in 1999, when infidelity was discovered on her husband's behalf and a nasty divorced followed, they produced three children Benjamin, Kelly Clark and Annabel Clark.Continually working her way through film, television and stage performances in the '00s, recently awarded the OBE, Lynn Redgrave was shocked to discover lumps on her body and was diagnosed with breast cancer. As a result, she took time to write "Journal: A Mother and Daughter's Recovery from Breast Cancer" with her youngest daughter, Annabel Clark, in 2003 and tragically lost her 7-year battle on 2 May 2010 (aged 67) in her family home, surrounded by her loved ones. Her diagnosis led her to realize the beauty and simplicities of life, and she was quoted as saying: "there isn't any such thing as a bad day. Yes, bad things happen. But any day that I'm still here, able to feel and think and share things with people, then how could that possibly be a bad day?". - IMDb Mini Biography By: Brad KM.

Amazon Video has the most number of Lynn Redgrave’s flixes, followed by Google Play Movies compared to other streaming platforms. See the full graph below.

On average the IMDB score of the movies that Lynn Redgrave has worked on is 6.2.

The last days of Frankenstein (1931) Director James Whale are explored.

A year after his fiancée's death, a playwright schedules a rehearsal for his new play, which proves to be a trap for her killer.

The Darling family children receive a visit from Peter Pan, who takes them to Never Never Land where an ongoing war with the evil Pirate Captain Hook is taking place.

A mentally disturbed man takes residence in a halfway house. His mind gradually slips back into the realm created by his illness, where he replays a key part of his childhood.

Comedy,Drama
How to Kill Your Neighbor's Dog (2000)

A sarcastic playwright in LA gets new neighbors - single mom and 8 y.o. girl. His wife wants kids and babysits the girl. He doesn't want kids yet plays with her to find out how children talk - for his play. Paternal instincts?

An animated series for children based on the classic "Eloise at the Plaza" books from the 1950s written by Kay Thompson and illustrated by Hilary Knight.

In the 1960s, a group of friends at an all girls school learn that their school is going to be combined with a nearby all boys school. They concoct a plan to save their school while dealing with everyday problems along the way.

Set in 1930s Shanghai, where a blind American diplomat develops a curious relationship with a young Russian refugee who works odd -- and sometimes illicit -- jobs to support members of her dead husband's aristocratic family.