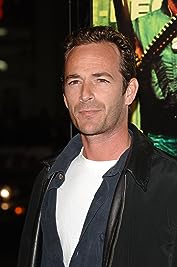 Amazon Video has the most number of Luke Perry’s flixes, followed by Vudu compared to other streaming platforms. See the full graph below.

On average the IMDB score of the movies that Luke Perry has worked on is 5.7.

Actor David Arquette attempts a rocky return to the sport that stalled his promising Hollywood career.

In a post-apocalyptic future, a deadly virus has wiped out most of humanity. The only ones who survived, were those who hadn't yet reached puberty.

The three Hammett brothers are caught in a conflict that escalates rapidly and the old farmers facing against new farmers who have settled in the green grasslands.

A nuclear scientist is afflicted with the tendency to change into a powerful green monster under stress.

TV cowboy taken out of his comfort zone on a working ranch in Montana.

A young couple takes in a mysterious foster child to raise on their farm. As the boy grows up to be a handsome young man, the husband starts to suspect his wife has feelings for him.

Comedy,Drama,Family
The Beat Beneath My Feet (2014)

A teenage boy discovers his unruly neighbour is really a disgraced Rock God who "died" 8 years ago owing a fortune in unpaid tax. The boy agrees not to reveal his secret on condition that he teaches him the dark arts of Rock Guitar.