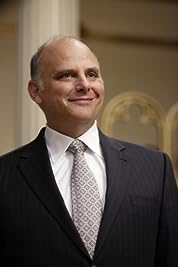 Kurt Fuller was fortunate to launch his career with the movies "Ghostbusters 2" and "Wayne's World". This led to a role in "Anger Management" with Jack Nicholson and Adam Sandler and the opportunity to be part of the all-star cast of Woody Allen's "Midnight in Paris". Others may know him best as the wacky sheriff who likes to pose in his speedos in "Scary Movie " or the beloved coroner Woody in the long running series "Psych". Born in San Francisco and raised in the agricultural heartland of California's San Joaquin Valley, Fuller became passionate about acting while attending UC Berkley, where he received a degree in English literature. After graduating, he made the move to Los Angeles with everything he owned stuffed into the back seat of a Dodge Dart (including a king size foam rubber mattress). For the next ten years he was a Realtor by day and a stage actor by night. Then, in 1986, he created the leading role in Steven Berkhoff's explosively successful "Kvetch", earning rave reviews on both coasts.Fuller has gone on to have a very successful career, working with some of Hollywood's best directors, including David O. Russell, Tony Scott, Harold Ramis, and Ivan Reitman, among others. His numerous film credits include "Auto Focus," "Ray," "Pushing Tin," "The Jack Bull," "Ghostbusters 2," "Mr. Woodcock," "Nailed" and "The Pursuit of Happyness."His television credits include "The Good Wife" "CSI,"The Good Fight," on CBS All Access, "Ugly Betty," "Men Of A Certain Age," "Grey's Anatomy," "House," "My Name Is Earl," "Monk" "Manhattan Love Story," "Us & Them," "Better with You," "The Big Day," "That's My Bush," "Parenthood," "Scandal," "Psych," "Supernatural," "Desperate Housewives," "Boston Legal," "Law & Order: SVU," "Drop Dead Diva" and "Alias."Kurt still returns to the stage occasionally, most recently in the acclaimed "Greedy" for Red Dog squadron. He's also worked at the La Jolla Playhouse and the Mark Taper Forum.He is married to Jessica Hendra, a published author. They have two daughters, Julia and Charlotte. His birthday is September 16. Follow him on Twitter @TheRealKurtFuller. - IMDb Mini Biography By: rmconard

Amazon Video has the most number of Kurt Fuller’s flixes, followed by Google Play Movies compared to other streaming platforms. See the full graph below.

On average the IMDB score of the movies that Kurt Fuller has worked on is 6.6.

A glimpse into the behind the scenes shenanigans that happen at fan conventions when the actors are the craziest ones there.

A novice sleuth is hired by the Police after he cons them into thinking he has psychic powers which help solve crimes. With the assistance of his reluctant best friend, the duo take on a series of complicated cases.

While on a trip to Paris with his fiancée's family, a nostalgic screenwriter finds himself mysteriously going back to the 1920s every day at midnight.

Crime,Drama,Mystery
The Truth About the Harry Quebert Affair (2018)

A writer gets caught up in a murder investigation involving his mentor, an esteemed American author.

The unfiltered internal monologues of a young man and a young woman are exposed as they begin a new relationship together.

Two sisters are at different stages in their respective relationships.

A high school senior must choose between enrolling at the college of her dreams and remaining at home to take care of her bipolar mother.