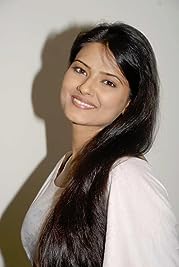 Kratika Sengar is a talented and versatile Indian television actress famous for her role as the grown-up Manikarnika in the historical tv show Ek Veer Stree Ki Kahaani... Jhansi Ki Rani (2009) , as Aarti in Punar Vivaah: Zindagi Milegi Dobara (2012) and P2/Prerna2 in Kasautii Zindagii Kay (2001) among others. She was born in Kanpur, Uttar Pradesh to Vedant Sengar, a government employee, and Kalpana Sengar, a homemaker, on July 3, 1986. She has a younger brother, Anuraag, whom she is very close to. She finished her degree in Mass Communication in Delhi and worked for a short time in an ad agency before foraying into television. She first appeared for a small part in Kyunki Saas Bhi Kabhi Bahu Thi and got her debut on a grander scale in the third season of Kasautii Zindagii Kay in 2005. After her stint, she accepted the role of a villain in Kya Dill Mein Hai.She went on to appear in a short-lived comedy show Bura Na Mano Holi Hai and dance reality show Lux Kaun Jeetega Bollywood ka Ticket. After appearing in a few episodic roles in Kish Desh Mein Hai Meraa Dil and Aahat, she was offered what she considers to be a role of a lifetime, playing the heroic, rebellious Lakshmibai in Jansi Ki Rani in her adult phase, the younger years having been played by another actress Ulka Gupta. With the success of the show came new offers but she waited for a role that she could fit in, in her words as 'something worthwhile'.And then from a sword-welding queen, Punar Vivaah happened, a story about remarriage and finding happiness within the rigors of running a family with children from both sides. For Kratika, breathing life into Aarti appears to have been effortless right from the very start of Punar Vivaah. One only needs to watch the first 4 promos of the show to see how Kratika immersed herself in Aarti's skin and became Aarti. Every step, gesture, glance, and word demonstrates Kratika's mastery of her craft: that of bringing a character and her story to life. She has continued to live Aarti's life and take us on her journey. It would be a huge understatement to say that in this short amount of time, Kratika's nuanced and sensitive performance in Punar Vivaah has resulted in immense admiration from viewers all over the world.While her next project following Punarvivaah was short-lived, Servicewali Bahu touched the complexity of being a married, working woman and dealt with the struggles living with in-laws.. At present, she is back on tv in KasamTere Pyaar Ki opposite Sharad Malhotra on Colors TV channel.Kratika Sengar is one of few tv actors who have managed to keep her private life separate from her professional one, despite being married to a family of performers. - IMDb Mini Biography By: PoisonLace

Netflix has the most number of Kratika Sengar’s flixes compared to other streaming platforms. See the full graph below.

On average the IMDB score of the movies that Kratika Sengar has worked on is 6.3.

Ek Veer Stree ki Kahaani... Jhansi Ki Rani is the story of an ordinary girl who went on to become an extraordinary ruler. Her defiance against the British is exemplary even today. The ...