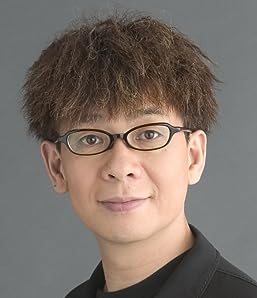 Yamadera is a famous Japanese voice artist and actor, born 17 June 1961 in Miyagi, Japan. A graduate from Tohoku Gakuin University's economics school, he is affiliated with Across Entertainment. Before that, he was affiliated with the Tokyo Actor's Consumer's Cooperative Society.He is very prolific voice artist that specializes in video games, television, animation theater and others.He was the manager of the Tagajo Senior High School basketball team before he started a voice over career. His voice-acting debut was the OVA Megazone 23 (1985) as the motorcycle-riding Shinji Nakagawa, while his television debut was the anime Bosco Adventure (1986) as the cowardly, but friendly Otter. Yamadera's break-out role as an voice artist was the anime Ranma 1/2 (1989), in which he played the dual role of Hibiki Ryoga and the Jusenkyo Guide. The same year, he voiced Shaman in giant robot anime TV series Granzort (1989). In 1991, Yamadera joined forces with Toshihiko Seki and Noriko Hidaka to form the acting unit Banana Fritters, which disbanded in 1995.On the October of 1997, Yamadera became a host on the TV Tokyo children's variety show Oha Suta. In 1994 Yamadera married Mika Kanai and they stayed married for twelve years until divorcing on the spring of 2006. Their divorce was revealed in 2007. Today, Kanai lives in 4-story house, while Yamadera lives in apartment in Tokyo.Yamadera is best known for his roles in Kaiketsu Zorori (Zorori), the Japanese dub of Full House (Joey Gladstone), Ranma 1/2 (Ryoga Hibiki/P-Chan, Jusenkyo Guide), Soreike! Anpanman (Cheese, Kabao, Kamameshidon), Brave Exkaiser (Osamu Tokuda),in highly popular Ghost in the Shell (1995)/Ghost in the Shell: Innocence (2004) (Togusa), Neon Genesis Evangelion (Ryoji Kaji), Cowboy Bebop (Spike Spiegel), the Yatterman remake (Narrator, Yatter-Wan, Odatebuta), Mobile Suit Gundam: Char's Counterattack (Gyunei Guss), Paprika (2006) as Osanai Morio and in highly popular Vampire Hunter D - Bloodlust (2000) as Meier Link.He is also known for dubbing such actors as Jim Carrey and Eddie Murphy in foreign language films. - IMDb Mini Biography By: svedzin

Amazon Video has the most number of Kôichi Yamadera’s flixes, followed by Vudu compared to other streaming platforms. See the full graph below.

On average the IMDB score of the movies that Kôichi Yamadera has worked on is 6.8.

The futuristic misadventures and tragedies of an easygoing bounty hunter and his partners.

Six months after the defeat of Majin Buu, The mighty Saiyan Son Goku continues his quest on becoming stronger.

Yotarou is a former yakuza member fresh out of prison and fixated on just one thing: rather than return to a life of crime, the young man aspires to take to the stage of Rakugo, a traditional Japanese form of comedic storytelling.

In the year 2199, the space battleship Yamato embarks on a voyage to the planet Iscandar, to retrieve a device that will rejuvenate a war-ravaged Earth.

A hacker known as the Puppet Master is hunted by a female cyborg cop and her partner. This film is a revised version of Ghost in the Shell (1995).

Action,Animation,Crime
Ghost in the Shell (1995)

A cyborg policewoman and her partner hunt a mysterious and powerful hacker called the Puppet Master.

Goku and Vegeta encounter Broly, a Saiyan warrior unlike any fighter they've faced before.

Action,Adventure,Animation
Lupin the Third: The Woman Called Fujiko Mine (2012)