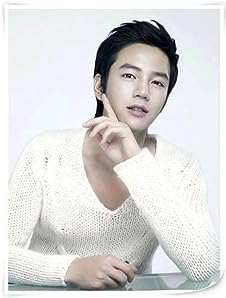 Rakuten Viki has the most number of Keun-Suk Jang’s flixes, followed by Kocowa compared to other streaming platforms. See the full graph below.

On average the IMDB score of the movies that Keun-Suk Jang has worked on is 7.0.

This story is about the life of Joseon-era dancer, musician and poet, Hwang Jin Yi, who seeks perfection in her art relentlessly and the hardship facing women due to their lowly social status.

Love Rain is a story which takes place in two time periods, the first is in the 1970's which tells the love story of two university students Seo In-ha and Kim Yoon-Hee. After a series of ...

Go Mi-Nyu, a girl about to become a nun, is asked to cover for her indisposed twin brother, Mi-Nam, who's on the verge of becoming a k-idol. To do so, she disguises herself as a boy and joins A.N.Jell, a really popular boy band.

Kang Gun Woo is a world renowned orchestra maestro who is a perfectionist in his work. He is not an easy person to work with and is feared by all his players. By chance, he comes across Du ...

Comedy,Drama,Music
Mary Stayed Out All Night (2010)

Wi Mae Ri is the cheerful, pragmatic daughter of a failed businessman who had grown used to being constantly on the move to escape from loan-sharks. She becomes fast friends with the ...

A rebellious high school student sees his life take a strange turn when he goes to the grocery store and someone leaves a baby in his shopping cart, along with a note claiming he's the father.

Dok Go Ma Te is good looking and he uses this to his advantage. He begins a journey where 10 women affect his life. Through his journey he grows up and realizes what is important and who is the right woman for him.