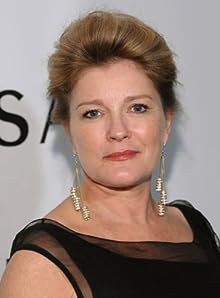 Katherine Kiernan Mulgrew, or Kate Mulgrew, was born on April 29, 1955. She grew up in Dubuque, Iowa, the second oldest child (and oldest girl) in a large Irish Catholic family. When Kate expressed an interest in acting as a child, her mother, Joan, encouraged her to audition for local theater productions. Kate left Iowa for New York City at age 17 to pursue a career in acting. Kate was accepted into the Stella Adler Conservatory (part of New York University's acting program) and studied there for only a year, as she landed the lead role in the ABC soap opera Ryan's Hope in 1975, vaulting her to instant stardom.At the same time she was filming Ryan's Hope, Kate played the role of Emily in the American Shakespeare Theatre's production of "Our Town" in Stratford, Connecticut. At age 23, following her success on Ryan's Hope, Kate was offered the lead role of Kate Columbo in "Mrs. Columbo," playing the wife of one of television's most beloved detectives, Lt. Columbo, as made famous by actor Peter Falk. While critically successful, the series was canceled after two seasons.In 1981, Mulgrew co-starred with Richard Burton and Nicholas Clay in Lovespell, a film set in the era of Arthurian legend, as Irish princess Isolt, whose love story with Tristan is a classic tale of doomed love. That same year, Kate co-starred with Pierce Brosnan in the six-hour miniseries, The Manions of America, set in 19th century America just before the start of the Civil War. In 1985, she had a notable role in Remo Williams: The Adventure Begins as officer Major Fleming. In 1986, Kate appeared in a number of of Cheers episodes as congresswoman Janet Eldridge, a love interest for series lead Sam Malone (Ted Danson). In 1987, she appeared in Throw Momma from the Train as Margaret, Billy Crystal's ex-wife.In 1992, Kate appeared on several episodes of Murphy Brown as Hillary Wheaton, a Toronto-based anchorwoman brought in to replace Murphy Brown during her maternity leave, but who also struggled with alcoholism (just as Brown did at the beginning of the series). Also in 1992, she played a guest-starring role as a soap opera star who kills her husband and tries to cover it up, on Murder, She Wrote, episode #170, titled "Ever After". Kate also guest-starred in three episodes of Batman: The Animated Series as the terrorist Red Claw. Kate has gone on to do a great deal of voice work for animated series and video games.Shortly after, Kate married theater director Robert H. Egan in 1982. They have two sons, Ian Thomas and Alexander James. The two officially divorced in 1995.More notably in 1995, Kate received a call that a part for which she'd auditioned but another actress had been chosen for - Captain Kathryn Janeway, the first female Star Trek captain. The first actress quit within two days of beginning production, leading producers to call Kate back and offer her the role. Star Trek: Voyager, as the newly-created UPN's flagship network show, had found its captain. Kate portrayed Janeway for seven seasons, and also appeared briefly in Star Trek: Nemesis as Admiral Kathryn Janeway.Mulgrew played Katharine Hepburn in the one-woman play "Tea at Five", debuting in Hartford, Connecticut in 2002 and going on to tour across the U.S. after a stint on Broadway. For this role, Kate received a Lucille Lortel nomination for Outstanding Lead Actress, an Outer Critics Circle nomination for Outstanding Solo Performance, Broadway.com's Audience Award for Favorite Solo Performance, and won the award for Best Actress at the 29th Carbonell Awards for her portrayal of Katharine Hepburn, all in 2003.Kate married Tim Hagan, former Ohio gubernatorial candidate and former commissioner of Cuyahoga County, Ohio, in April 1999. The two divorced in 2014.From 2003 to 2013, Kate had many memorable television appearances, including stints on The Black Donnellys, Mercy, cult favorite Warehouse 13, and NTSF:SD:SUV. In 2013, Kate began work on Netflix breakout out Orange Is The New Black as the wildly popular prison chef Galina "Red" Reznikov. OITNB is set to conclude in the summer of 2019.Kate is also an author of two memoirs - 2016's Born With Teeth (Little Brown) and 2019's How To Forget: A Daughter's Memoir (Harper Collins). She is filming the newest season of Mr. Mercedes, a serial killer drama based on Stephen King's Bill Hodges trilogy. Mr. Mercedes airs on the AT&T Audience network and can be streamed on DirecTV. - IMDb Mini Biography By: Amy Imhoff for www.KateMulgrew.com

Amazon Video has the most number of Kate Mulgrew’s flixes, followed by Google Play Movies compared to other streaming platforms. See the full graph below.

On average the IMDB score of the movies that Kate Mulgrew has worked on is 6.9.

Various people find themselves on a mysterious train with an endless number of cars, each one its own universe, and must find a way to get home in this animated anthology series.

Comedy,Crime,Drama
Orange Is the New Black (2013)

Convicted of a decade old crime of transporting drug money to an ex-girlfriend, normally law-abiding Piper Chapman is sentenced to a year and a half behind bars to face the reality of how life-changing prison can really be.

Pulled to the far side of the galaxy, where the Federation is seventy-five years away at maximum warp speed, a Starfleet ship must cooperate with Maquis rebels to find a way home.

Never forget? Terrorism hasn't, and neither will the NTSF:SD:SUV. In a world where threatening danger looms large and Homeland Security won't secure itself, San Diego's citizens can't afford not to trust in the NTSF.

The Captains is a feature length documentary film written and directed by William Shatner. The film follows Shatner as he interviews the other actors who have portrayed Starship captains within the illustrious science-fiction franchise.

In December 1775, Kunta Kinte and Fiddler accompany their owner to another plantation at Christmas time and they learn that the son of the owner helps slaves escape, and the two of them try...

Boston, Massachusetts in the 1920s. A young East Coast debutante is dating the most eligible bachelor in the world, John D. Rockefeller III (Jeff Gladstone). Her future seems set: a dream ...

An Indiana single mother and her wheelchair bound son live on a farm that has not produced crops for years. Suddenly the land becomes fertile and blossoms, but so do the neighbors ...