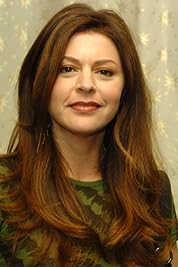 Jane Leeves has made her mark in the entertainment world, acting in television, theater and film over the past 20 years.She is most famous for her role as "Daphne" in the award-winning show "Frasier" (1993-2004). Leeves played one of the five main characters of the sitcom, a live-in caretaker hired to take care of Frasier Crane's father, an ex-policeman wounded in the hip. Leeves' character added a comical element to many scenes between Frasier and his family with her wit, down-to-earth remarks, and part-time, self-determined psychic abilities. Frasier Crane's brother becomes instantly smitten with her smile and Mancunian accent, which she had to fake for the whole duration of the show. She became very good friends with the cast, including Peri Gilpin, David Hyde Pierce and John Mahoney, who are all godparents to her children. Her role as Daphne Moon was awarded by numerous awards nominations during the course of the TV series : In 1994 she was nominated for the "Best supporting actress - Series, miniseries or television film" Golden Globe Award.In 1995, she won the Q Award for "Best supporting actress in a Quality Comedy Series". She was nominated five more times in that same category (1994, 1997, 1998, 1999, 2000).In 1998, she was nominated for the "Outstanding supporting actress in a comedy series" Primetime Emmy Award.In 1999 and 2003, she was nominated for the "Best supporting actress - television series, musical or comedy" Satellite Award.In 2001, she was nominated for the "Supporting actress of the year in a comedy series" TV Guide Award.Leeves stars in the Emmy® Award-winning TV Land series, Póquer de reinas (2010), which in 2011 was nominated for a Screen Actors Guild Award® for Outstanding Performance by an Ensemble in a Comedy Series. Leeves plays eyebrow archer to the stars, "Joy Scroggs". The comedy revolves around three fabulous LA women of a certain age, and best friends (Leeves, Valerie Bertinelli and Wendie Malick) whose lives are changed forever when their plane, bound for Paris, unexpectedly lands in Cleveland.She graced the world of theater by starring as "Sally Bowles" in the Roundabout production of "Cabaret" on Broadway. Leeves has also lent her voice to various animated television series, including Los pingüinos de Madagascar (2008), Phineas y Ferb (2007) and Los Simpson (1989), as well as the major motion picture, James y el melocotón gigante (1996). Leeves also appeared in the film, Música del corazón (1999), which co-starred Meryl Streep. On June 16, 2011, Leeves -- along with costars Bertinelli, Malick, and White -- was presented with the key to the city of Cleveland by the mayor.She recently started the "Tellurian Foundation", a line of all-natural skin care and baby products. A portion of the profits will be donated to those who strive to provide help to those in need, most recently "Food Share". - IMDb Mini Biography By: TL & Andrealagringuita

DIRECTV has the most number of Jane Leeves’s flixes, followed by Vudu compared to other streaming platforms. See the full graph below.

On average the IMDB score of the movies that Jane Leeves has worked on is 6.9.

Dr. Frasier Crane moves back to his hometown of Seattle, where he lives with his father, and works as a radio psychiatrist.

Three 40-something best friends from Los Angeles are flying to Paris when their plane makes an emergency landing in Cleveland. Realizing that all the norms from Los Angeles don't apply anymore, they decide to celebrate a city that values real women and stay where they're still considered hot.