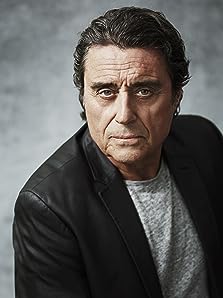 Amazon Video has the most number of Ian McShane’s flixes, followed by Vudu compared to other streaming platforms. See the full graph below.

On average the IMDB score of the movies that Ian McShane has worked on is 6.5.

A show set in the late 1800s, revolving around the characters of Deadwood, South Dakota; a town of deep corruption and crime.

A modern day, alternate-reality drama about a hero who rises to become the King of his nation, based on the biblical story of King David.

Drama,History,Romance
The Pillars of the Earth (2010)

Set against a backdrop of war, religious strife and power struggles which tears lives and families apart.

Lovejoy is an irresistible rogue with a keen eye for antiques. The part-time detective scours the murky salerooms, auction halls and stately homes of Britain, always on the lookout for a find.

A recently released ex-convict named Shadow meets a mysterious man who calls himself "Wednesday" and who knows more than he first seems to about Shadow's life and past.

A thousand years ago, one boy with a dream of becoming a great warrior is abducted with his sister and taken to a land far away from home. Thrown into a world where greed and injustice rule all, Bilal finds the courage to raise his voice and make a change. Inspired by true events, this is a story of a real hero who earned his remembrance in time and history.

The Dragon Warrior has to clash against the savage Tai Lung as China's fate hangs in the balance. However, the Dragon Warrior mantle is supposedly mistaken to be bestowed upon an obese panda who is a novice in martial arts.