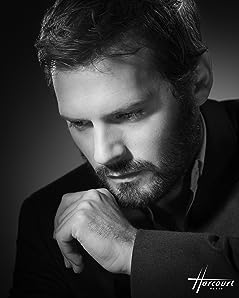 Becker attended the Conservatory of dramatic art in France, the court Florent (Olga Hörstig Prize) and the Royal Academy of Dramatic Art of London.He was part of the promotion of Young Talents Cannes in 2010. That same year, he made his debut on screen in a variety of roles. He played a young politician in L'Assaut, directed by Julien Leclercq, an alcoholic hitchhiker in La Proie, directed by Eric Valette, a student in Marie-Castille Mention Schaar's Ma Première Fois and a young businessman in La Croisière, by Pascale Pouzadoux.In 2010, he made his debut in Hollywood, playing Louis Grimaldi, Prince of Monaco, in the CW drama Gossip Girl. Initially, he signed on for two episodes in the fourth season. Later, his role was extended for another eighteen episodes.In 2011, he played Xavier in the American film Damsels in Distress, directed by Whit Stillman (Oscar nominated for his film Metropolitan). The film closed the 68th Venice Film Festival and was selected at the Toronto Film Festival.In 2012, Becker starred as Antoine Lavoisier in the American docufiction Mystery of the Matter, directed by Mr. Meyer. In 2013, Hugo played Isaac Dreyfuss, a football star involved in a terrorist affair, for two episodes of a BBC3 series.In 2014, he played the role of Romain in the 6 episodes of the miniseries Chefs alongside Clovis Cornillac, for which he received the Adami Prize for the best promising actor at the Luchon festival.In 2015, he played the lead role in the 12 episodes French series entitled Au service de la France, written by Jean-François Halin, for the role of André Merlaux, a young recruit of the French secret service, in the year 1960.In 2016, he began playing the role of Cyril Balsan in the political drama series Baron Noir alongside Niels Arestrup, Kad Merad and Anna Mouglalis. In the same year, he starred in a main role alongside Yon González and Lluís Homar in the Spanish crime drama series Bajo sospecha. He played the role of a police officer infiltrated to find a missing person in a hospital in Madrid. He also played the role of Guillaume in the comedy Un jour mon prince!, by Flavia Coste.In 2018, he starred in Xavier Durringer's Paradise Beach alongside Sami Bouajila, Kool Shen, Seth Gueko and Tewfik Jallab. In the same year, he starred in Jusqu'ici tout va bien, by Mohamed Hamidi, alongside Gilles Lellouche, Malik Bentalha and Sabrina Ouazani.In 2019, he starred as Paul Vanhove in the Netflix science fiction series Osmosis. He is set to play a role as Paul WR in Le dernier voyage de l'énigmatique Paul W.R. by Romain Quirot and as Max in the film Döner directed by Jean-Luc Herbulot.Hugo Becker is fluent in English and Spanish.Since 2014, he is one of the producers at Nouvelle Donne Productions. - IMDb Mini Biography By: don @ minifie-1

Amazon Video has the most number of Hugo Becker’s flixes, followed by Netflix compared to other streaming platforms. See the full graph below.

On average the IMDB score of the movies that Hugo Becker has worked on is 6.5.

Biography,Documentary,History
The Mystery of Matter: Search for the Elements (2015)

From early alchemists to those obsessed with the atom itself, the collective knowledge of centuries of bold thinkers and tinkerers constructed what is today the basis of modern chemistry. ...

The story of a French president to be and one of his friends, the mayor of a small city in northern France.

1960: the French intelligence service hires the 23-year-old André Merlaux. Handsome, well raised, intelligent but impressionable, Merlaux has much to learn to serve and defend the interests...

A woman's dead body is found in her apartment on a winter morning. All the evidence points to her fiancé. But he has an identical twin brother. The detectives have to go beyond appearances and defeat their demons to find the true murderer.

In near future Paris, a dating app matches singles with their soulmates by mining their brain data, but decoding true love comes at a price.

The red moon threatens our existence on earth. Our only hope is the enigmatic Paul WR, the most talented astronaut of its generation. But few hours before the start of the Great mission, Paul disappeared.

A team of former robbers arrived at Paradise: Phuket, southern Thailand. Until the day when the devil arrives: Mehdi, sentenced to 15 years in prison during the robbery, comes to recover his share of the cake.