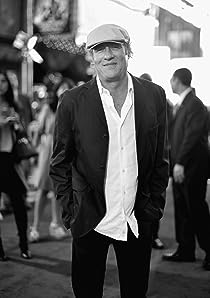 Excellent, prolific and versatile character actor Gregg Lee Henry was born on May 6, 1952 in Lakewood, Colorado. Henry studied acting at the University of Washington in Seattle. Right after graduating from college, Gregg moved to Los Angeles, California to pursue an acting career. He played in a band for three or four months and worked as an apprentice at the Old Globe theater in San Diego prior to getting his first television acting gig as Nick Nolte's son, Wesley Jordache, in Les héritiers (1976). Henry's most memorable movie roles include nice guy drifter Paul Ramsey in Mean Dog Blues (1978), swaggering macho braggart Warren in the superior backwoods slasher movie Survivance (1981), rugged ex-Navy Seal Lt. Matt Ryder in The Patriot (1986); splendidly sneaky as Mel Gibson's backstabbing, duplicitous partner Val Resnick in Payback (1999) and a hilarious scene-stealing turn as pompous good old boy small town mayor Jack MacReady in the delightful horror comedy Horribilis (2006).Gregg has acted in several films for director Brian De Palma; he is especially fine and impressive as the smarmy Sam Bouchard in Body Double (1984). Henry has recurring parts on the television series La voix du silence (1991), Gilmore Girls (2000) and The Riches (2007). Among the numerous television series he has done guest spots on are La croisière s'amuse (1977), Simon et Simon (1981), Les enquêtes de Remington Steele (1982), Supercopter (1984), Clair de lune (1985), Femmes d'affaires et dames de coeur (1986), Magnum (1980), Falcon Crest (1981), Cagney et Lacey (1981), In the Heat of the Night (1988), La loi de Los Angeles (1986), Walker, Texas Ranger (1993), Matlock (1986), Chicago Hope, la vie à tout prix (1994), Arabesque (1984), EZ Streets (1996), Associées pour la loi (1999), Les experts (2000), Boston Public (2000), Firefly (2002), Star Trek: Enterprise (2001), Amy (1999) and 24 heures chrono (2001).Moreover, Gregg has appeared in many made-for-TV movies, with his supremely chilling and convincing portrayal of the infamous Dennis Rader in The Hunt for the BTK Killer (2005) rating as a definite crowning achievement in this particular medium. Outside of his film and television work, Henry has acted on stage; he has won thirteen Drama Logue Awards, an L.A. Weekly Award, and the Los Angeles Drama Critics Circle Award for his stage work. Besides acting, Gregg is also a professional singer, songwriter (Dwight Yoakam recorded a single of his song "The Back of Your Hand"), and pianist who has recorded several albums. He is a good friend of fellow actor and musician Bruce Greenwood. Gregg Henry lives in Los Angeles, California with his wife Lisa James; she is a noted director for the American Theater who Gregg has collaborated with on various stage productions as both an actor and producer. - IMDb Mini Biography By: woodyanders

Amazon Video has the most number of Gregg Henry’s flixes, followed by Vudu compared to other streaming platforms. See the full graph below.

On average the IMDB score of the movies that Gregg Henry has worked on is 6.0.

A family of crooks assume the identity of an upper-middle-class suburban clan in the Deep South.

After a successful heist, Porter is left for dead. Once he recovers, he seeks vengeance and wants his share of the money.

A young actor's obsession with spying on a beautiful woman who lives nearby leads to a baffling series of events with drastic consequences.

The lives of several personnel and residents at and around the Pearl Harbor naval base are changed forever on December 7, 1941.

In post-World War I Winnipeg, a Ukrainian immigrant and a Jewish woman get caught up in a labour strike.

Five young people venture into the backwoods of Oregon to claim a property, and find themselves being stalked by a hulking, machete-wielding psychopath.

Crime,Drama,Thriller
A Stoning in Fulham County (1988)

Religious beliefs clash with the law when an Amish infant is killed in a rural community.