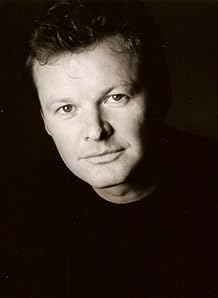 Geraint Wyn Davies was born in Swansea, Wales on April 20, 1957. His father is a semi-retired Welsh congregational minister and his mother, a retired teacher, was headmistress at Geraint's first school. At the age of seven, his family moved to Canada where he attended Upper Canada College then the University of Western Ontario where he briefly studied business and economics before leaving to pursue his acting career.Geraint was 12 when he was first bitten by the acting bug, appearing in a school production of "Lord of the Flies". His professional stage debut was made in 1976 in Quebec City when at 19 he appeared in "The Fantasticks", "Red Emma", and "A Midsummer's Night Dream". After Quebec, Geraint moved on England where he played the lead in "The Last Englishman". He then spent 2 seasons with Wales' leading theatre company, Theatre Clwyd, touring the United Kingdom in "Enemy of the People" and "Hamlet". It was his performance in "Hamlet" that led to the Regional Theatre Best Actor Award. He then spent a season with the Chichester Festival doing "Henry VIII". He has performed at the Shaw Festival and the Stratford Festival of Canada as well as the Mark Taper Forum Lincoln Center. He has appeared in such plays as "The Music Cure", "Candida", "Cyrano de Bergerac", "The Vortex", "Goodnight Disgrace", "Henry V" and "The Three Musketeers, "The Boys from Syracuse, "Sleuth" and "The Taming of The Shrew", "Gross Indecency: The Three Trials of Oscar Wilde", "My Fair Lady" and "King Lear". In August of '99, Geraint starred in a one man show written by the late Leon Pownall called "An Evening with Dylan Thomas" at the Atlantic Theatre Festival in Nova Scotia, Canada. Two more shows were written for Geraint "Dylan Thomas and Shakespeare: In the Envy Of Some Greatness" and "Stranger in Paradise". Geraint has continued to perform "Do Not Go Gentle" in Chicago, Stratford and New York. Most recently Geraint appeared at Washington DC's Shakespeare Theater in "Cyrano" (Helen Hayes Award winner), "Love's Labor's Lost" (Helen Hayes Award nominee) and "Richard III". He, along with friend Brent Carver, are opening in Toronto's CanStage production of "The Elephant Man" in mid-October of 2007.Geraint's directorial accomplishments include multiple episodes of "Forever Knight", "Black Harbour", "Pit Pony", "Power Play" and "North of 60". In June 2000, Geraint took on the challenge of directing Oliver Mayer's "Joy of the Desolate" in Highland Park, Illinois. A "back-burner" project for Geraint is "Horatio Salt", a collection of four short films that he is producing and directing.Geraint's musical talent was first brought to prominence on "Forever Knight" where he actually played the piano in the loft and co-wrote a song for the "Baby Baby" episode. As a result he was featured in one of the selections on the first "Forever Knight" CD. He is a self-taught musician who produced a CD of his own works "Bar Talk" which is sold through his fan club with the proceeds going to a variety of charities such as Childrens' Hospital Foundation in Washington D.C. and The Stratford Festival's Shakespeare School (Stratford, Ontario). Geraint's voice can be enjoyed on two audio books, "Great American Suspense: Five Unabridged Classics" and "Great Classic Hauntings: Six Unabridged Stories".Geraint is divorced from artist Alana Guinn however they are the proud parents of a son, Galen, and a daughter, Pyper.He became a U.S. citizen on June 13, 2006, at a swearing-in ceremony at the Supreme Court in Washington, D.C. He was made a city resident for the run of "Love's Labor's Lost" to facilitate the process. Justice Ruth Bader Ginsburg presided over his induction ceremony. - IMDb Mini Biography By: Geraint Wyn Davies Fan Club, club@gwdfc.org

Amazon Video has the most number of Geraint Wyn Davies’s flixes, followed by Pluto TV compared to other streaming platforms. See the full graph below.

On average the IMDB score of the movies that Geraint Wyn Davies has worked on is 6.4.

Comedy
The Merry Wives of Windsor (2020)

Geneticist David Sandstrom is the chief scientist at the prestigious virology/micro-biology NORBAC laboratory, a joint enterprise between the USA, Canada and Mexico for countering bio-terrorism.

Katherine and Nick return to her childhood home in Nova Scotia after her mother becomes ill. Nick is a struggling screenwriter while Katherine a partner in a successful Los Angeles eatery. ...

800-year-old vampire Nick Knight quests for redemption as a cop in Toronto, trying to hide his vampiric nature from the rest of the world.

A humorous retelling of the classic, complicated love story, Antony and Cleopatra. Reason and judgment prove no match for the tsunami of mutual passion. Surrendering everything to their desires.

An extraterrestrial lawman hunts escaped alien convicts that have taken over human bodies in present-day Chicago.

Eight strangers awaken with no memory, in a puzzling cube-shaped room where the laws of physics do not always apply.

Edie's baby girl, Susan, was taken from her arms when she was put into a mental hospital for attempted murder of her baby daughter! Thirty five years down the track, Edie is released and ...