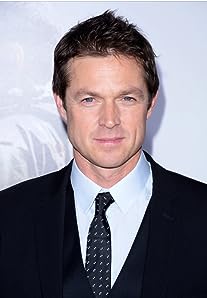 Eric was born in Staten Island, New York, May 24. His father is an orthopedic surgeon and his mother is an artist. Eric is the eldest of three brothers. He graduated with a B.A. in communications from the University of Southern California in 1989. He married Keri Moyers in 1995 and they have two daughters, Katie and Ella.Eric Close is an actor, director, and writer. He has starred opposite Tommy Flanagan in the Amazon film Legal Action (2018) as an attorney who must defend his brother-in-law on a murder charge. He can also be seen as Ltc. Jacobsen in the war drama Indivisible (2018), based on the true story about a family's real-life events during the 2007 Iraq War.Close starred opposite Connie Britton in the hit series Nashville (2012), created by Oscar-winning writer Callie Khouri for the ABC network. Before this, Close starred for almost a decade in the critically acclaimed CBS series Without a Trace - Spurlos verschwunden (2002), nominated for a Golden Globe for best ensemble cast. Close then teamed up again with the network as the lead of their dramedy series Chaos (2011), opposite Tim Blake Nelson. Close also starred as crafty lawyer Travis Tanner in the critically acclaimed USA series Suits (2011). On the feature side, Close joined Bradley Cooper in Clint Eastwood's American Sniper (2014) for Warner Bros., playing DIA Agent Snead.Past credits also include the series Die glorreichen Sieben (1998), Future Man (1999), Dark Skies - Tödliche Bedrohung (1996), and McKenna (1994), while taking on a number of long-form features such as Das Gesetz der Gewalt (1992), Seven Deadly Sins (2010), Flug 323 - Absturz über Wyoming (2004), Christmas Crime Story (2017), Hercules und das vergessene Königreich (1994), Follow the Stars Home (2001), Verliebt in einen Frauenschänder (1995), Long Island Fever (1995), Alptraum hinter verschlossenen Türen (1994), and Unanswered Prayers (2010), which was produced by Garth Brooks. Not to mention the Golden Globe-nominated miniseries Taken (2002), which was executive produced by Steven Spielberg.Behind the camera, Close is also an accomplished director. In addition to directing episodes of Nashville (2012) and Without a Trace - Spurlos verschwunden (2002), Eric finished directing and acting in his fourth feature for the Hallmark channel, which included the network's highest-rated Christmas film, Christmas at Graceland (2018), and Hallmark Hall of Fame's film A Christmas Love Story (2019), starring Kristin Chenoweth, Scott Wolf, and Close himself. - IMDb Mini Biography By: Anonymous

Vudu has the most number of Eric Close’s flixes, followed by Google Play Movies compared to other streaming platforms. See the full graph below.

On average the IMDB score of the movies that Eric Close has worked on is 6.4.

When an Indian village is threatened by ex-Confederate soldiers, several villagers head out to seek help. They recruit seven men, each with unique skills, who return to the village and take...

A youth choir director (Chenoweth) needs to write a big song for the Christmas Eve show but "finds herself distracted" when a boy with a golden voice (Kevin Quinn) joins her choir, which will come as news to his widowed father (Wolf).

The cases of an FBI unit specializing in missing persons investigations.

Music,Romance
Christmas at Graceland: Home for the Holidays (2019)

Harper is in Memphis before Christmas, visiting her sister and family after 3 years working at museums in Europe. Visiting Graceland with her 2 nieces, Harper meets a single dad of 3 kids and is offered a job as nanny temp.

Comedy,Romance
Christmas in the Air (2017)

Struggling to find balance in his life, widowed father of two Robert Trent seeks the help of professional organizer Lydia Evans to prepare for a big meeting and holiday dinner with a potential client, while making time for his children.