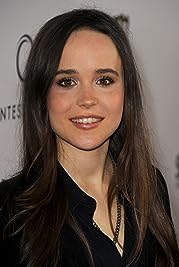 Ellen Grace Philpotts-Page was born on February 21, 1987, in Halifax, Nova Scotia, to Martha Philpotts, a teacher, and Dennis Page, a graphic designer. Page wanted to start acting at an early age and attended the Neptune Theater School. She began her career at the age of 10 on the award-winning television series Pit Pony (1999), for which she received a Gemini nomination and a Young Artist Awards nomination. Later, Page appeared in Marion Bridge (2002), which won the award for Best Canadian First Feature at the Toronto International Film Festival. She won a Gemini Award for her role of Lilith in the first season of ReGenesis (2004), a one-hour drama for TMN/Movie Central, and for the cable feature, Mrs. Ashboro's Cat (2004), for Best Performance in a Children's or Youth Program or Series. In addition, Page appeared in the cult hit TV series Trailer Park Boys (2001).As the lead in David Slade's Hard Candy (2005), which premiered at the Sundance Film Festival, Page garnered much praise for her tour de force performance as a 14-year-old girl who meets a 30-year-old photographer on the Internet and then looks to expose him as pedophile. Films that followed included the title role of Bruce McDonald's The Tracey Fragments (2007); An American Crime (2007), also starring Catherine Keener; and the third installation of the X-Men franchise, X-Men: The Last Stand (2006), where she played Kitty Pryde.With her breakout role in Jason Reitman's hit comedy Juno (2007), about an offbeat teenager who finds herself unexpectedly pregnant, Page received Academy Award, BAFTA, Golden Globe and SAG Best Actress nominations, and won the Independent Spirit Award for her performance. She followed up that turn with the lead in Drew Barrymore's directorial debut, the roller-derby comedy-drama Whip It (2009), Christopher Nolan's psychological thriller Inception (2010), the independent film Peacock (2010), and the dark comedy Super (2010), opposite Rainn Wilson and Liv Tyler.Page co-starred alongside Jesse Eisenberg, Alison Pill, Alec Baldwin, and Greta Gerwig in the Woody Allen ensemble comedy To Rome with Love (2012), and appeared in the thriller The East (2013), a story centered on a contract worker tasked with infiltrating an anarchist group, only to find herself falling for its leader. - IMDb Mini Biography By: Janet Petch

Amazon Video has the most number of Elliot Page’s flixes, followed by Google Play Movies compared to other streaming platforms. See the full graph below.

On average the IMDB score of the movies that Elliot Page has worked on is 6.4.

A thief who steals corporate secrets through the use of dream-sharing technology is given the inverse task of planting an idea into the mind of a C.E.O.

A family of former child heroes, now grown apart, must reunite to continue to protect the world.

This Canadian series focuses on the McLean/Hall family in Nova Scotia in the early 1900's and their involvement in the coal industry. Young Willie enters the mines after the death of his ...

Ellen Page and Ian Daniel set off on a journey to explore the multiplicity of LGBTQ experiences around the world, getting up close with moving stories of struggle and triumph.

Faced with an unplanned pregnancy, an offbeat young woman makes an unusual decision regarding her unborn child.

A middle-aged Mary Ann returns to San Francisco and reunites with the eccentric friends she left behind. "Tales of the City" focuses primarily on the people who live in a boardinghouse turned apartment complex owned by Anna Madrigal at 28 Barbary Lane, all of whom quickly become part of what Maupin coined a "logical family". It's no longer a secret that Mrs. Madrigal is transgender. Instead, she ...

The true story of suburban housewife Gertrude Baniszewski, who kept a teenage girl locked in the basement of her Indiana home during the 1960s.

Documentary,History
Vanishing of the Bees (2009)

This documentary takes a piercing investigative look at the economic, political and ecological implications of the worldwide disappearance of the honeybee. The film examines our current ...