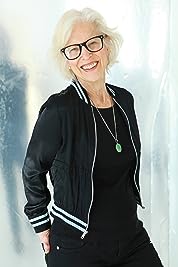 Cynthia Adler - actress, award-winning socio-political satirist, and one of the top voiceovers in America - is married to actor John Henry Cox. Her credits include Knightriders, Bananas Is My Business, The Actress, Love, American Style, and others. Was most of the female voices in the animated feature "Fantastic Planet," and plays 'Lee's Mother' in the Showtime television series "HAPPYish". Narrations: HBO's "Real Sex" (and numerous documentaries), Discovery Channel, PBS and American Masters. Cynthia's voice was also heard on "The Coneheads" cartoon, "Marilyn in Manhattan" TV doc, "Brain Games" television series, and as series narrator for "America Undercover".As the voice of numerous national commercials - Revlon, Mercedes Benz, Pampers, McDonalds, Estee Lauder, Delta Airlines, and the voice of Chiquita Banana (just to name a few) - her original poem "My Face," along with her voice, was chosen for a national ad campaign for "Oil of Olay" that ran for nearly two years.So yes, Cynthia's been behind the "mike" for much of her career. But she's a Gemini... and they fly to many different destinations before the wings explode.Her cabaret acts (where she performed many crazy parodies about the environment, corporate takeovers, and plastic surgery) were a huge success. These shows paved the way into what eventually evolved into a nine-character, one woman show, "Downloaded...and in Denial," which got rave reviews in New York and the Northeast, was featured as a half-page article in The New York Times, by Chris Hedges, and was voted "Best Show of the Year," at the Big Arts Festival in Sanibel, Florida.As a teenager, Cynthia contributed to "Mad Magazine (much of it too inflammatory to print) and later, became a writer and Contributing Editor for "Status" "Celebrity," and "Film International" Magazines, all of which went defunct much too soon (no... not her fault!). She was then recruited (because of her comedy writing) by some powerful Ad Agencies in New York to write copy for many of their TV commercials.She also spent a lot of time hanging out inside someone's mouth, as she dubbed leading roles in numerous foreign films (such as "Swept Away" and "Seven Beauties," for Lina Wertmueller, "1900" for Bernardo Bertolucci, and "Scenes From a Marriage," for Ingmar Bergman). Some of her on-screen credits include "Che Cosa?" for Italian Television, "Hangin' Out With Ceci" for ABC Afterschool Special, George Romero's "Knightriders," and "Bananas Is My Business," on PBS.Trained by Jim Henson and Frank Oz, she went to London to do the Muppet Shows. Her "Duck" is still being written about by many avid Muppet fans.As a writer, actress, and socio-political satirist, she has also performed her satirical characters for many prominent national organizations, such as Social Venture Network, The Open Center, "Events of the Heart" at the Geffen theatre in LA, and did a satire of a "One Percenter" being interviewed at Zuccotti Park for "Occupy Wall Street".Cynthia is a strong environmental activist, having been the Co-Chair of the Environment Committee for "The Creative Coalition" for seven years. Working closely with Christopher Reeve and Robert Kennedy Jr., she was very instrumental in saving the quality of the drinking water in New York City. She has served on the Board of Directors of "Inform," and is currently on the Board of "Energy Vision", an environmental and alternative fuel research organization committed to ending our addiction to oil.She is a member of the theatrical acting Adler family. - IMDb Mini Biography By: Cynthia Adler, submitted by her Manager

Google Play Movies has the most number of Cynthia Adler’s flixes, followed by Amazon Video compared to other streaming platforms. See the full graph below.

On average the IMDB score of the movies that Cynthia Adler has worked on is 6.8.

An exclusive look at Marilyn Monroe just before her tragic end. Set in New York City in the 50's - It's a surprising documentary that captures the movie legend as she runs with Broadway pals from the Actors Studio.

Animation,Family,Mystery
The Amazing Chan and the Chan Clan (1972)

Charlie Chan investigates mysteries with "help" from his 10 children and pet dog.

Mild-mannered insurance-adjuster Willard teams up with a foul-mouthed fowl who takes him on a surreal quest to become less uptight--and possibly get laid.