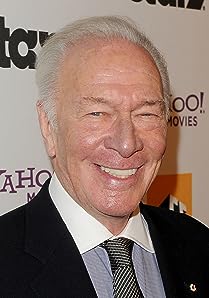 Amazon Video has the most number of Christopher Plummer’s flixes, followed by Vudu compared to other streaming platforms. See the full graph below.

On average the IMDB score of the movies that Christopher Plummer has worked on is 6.6.

The history of Hollywood film from the medium's invention to the birth of the New Hollywood in 1970.

Documentary
The Making of a Legend: Gone with the Wind (1988)

This is a documentary that revisits the making of Gone with the Wind with Archival footage, screen tests, insightful interviews and rare film footage.

After John Nash, a brilliant but asocial mathematician, accepts secret work in cryptography, his life takes a turn for the nightmarish.

In the arid 1920s Australian Outback, a Catholic priest and the beautiful granddaughter of a vast sheep station owner stand powerless before God's will, tormented by desire. How far are they willing to go in the name of love?

Crime,Drama,Mystery
The Girl with the Dragon Tattoo (2011)

Journalist Mikael Blomkvist is aided in his search for a woman who has been missing for forty years by Lisbeth Salander, a young computer hacker.