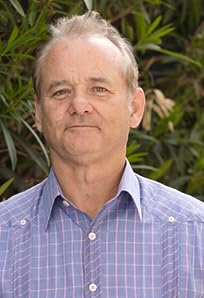 Bill Murray is an American actor, comedian, and writer. The fifth of nine children, he was born William James Murray in Wilmette, Illinois, to Lucille (Collins), a mailroom clerk, and Edward Joseph Murray II, who sold lumber. He is of Irish descent. Among his siblings are actors Brian Doyle-Murray, Joel Murray, and John Murray. He and most of his siblings worked as caddies, which paid his tuition to Loyola Academy, a Jesuit school. He played sports and did some acting while in that school, but in his words, mostly "screwed off." He enrolled at Regis College in Denver to study pre-med but dropped out after being arrested for marijuana possession. He then joined the National Lampoon Radio Hour with fellow members Dan Aykroyd, Gilda Radner, and John Belushi. However, while those three became the original members of Saturday Night Live (1975), he joined Saturday Night Live with Howard Cosell (1975), which premiered that same year. After that show failed, he later got the opportunity to join Saturday Night Live (1975), for which he earned his first Emmy Award for Outstanding Writing in a Comedy-Variety or Music Series. He later went on to star in comedy films, including Dilibogyók - Táborparádé (1979), Golfőrültek (1980), Bombázók a seregnek (1981), Aranyoskám (1982), Szellemirtók (1984), Szellemirtók 2. (1989), Szellemes karácsony (1988), Isten nem ver Bobbal (1991), and Idétlen időkig (1993). He also co-directed Viszem a bankot (1990). Murray garnered additional critical acclaim later in his career, starring in Elveszett jelentés (2003), which earned him a Golden Globe and a BAFTA Award for Best Actor, as well as an Academy Award nomination for Best Actor. He also received Golden Globe nominations for his roles in Ghostbusters, Okostojás (1998), A király látogatása (2012), St. Vincent (2014), and the HBO miniseries Olive Kitteridge (2014), for which he later won his second Primetime Emmy Award for Outstanding Supporting Actor in a Limited Series or a Movie. - IMDb Mini Biography By: John Sacksteder and Pedro Borges

Amazon Video has the most number of Bill Murray’s flixes, followed by YouTube compared to other streaming platforms. See the full graph below.

On average the IMDB score of the movies that Bill Murray has worked on is 6.7.

Documentary,Sport
For The Fun Of The Game (2018)

A journey through the past 25 years of the St. Paul Saints and how they became one of the most successful minor league baseball teams of all time.

Football like you've never seen it before! This hilarious and insightful documentary featuring Christopher Guest and Bill Murray takes you behind the scenes of the 1976 Super Bowl X between the Pittsburgh Steelers and the Dallas Cowboys.

A weatherman finds himself inexplicably living the same day over and over again.

An urbane fox cannot resist returning to his farm raiding ways and then must help his community survive the farmers' retaliation.

A pair of young lovers flee their New England town, which causes a local search party to fan out to find them.

A faded movie star and a neglected young woman form an unlikely bond after crossing paths in Tokyo.

The extracurricular king of Rushmore Preparatory School is put on academic probation.