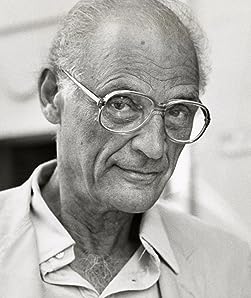 Amazon Video has the most number of Arthur Miller’s flixes, followed by Google Play Movies compared to other streaming platforms. See the full graph below.

On average the IMDB score of the movies that Arthur Miller has worked on is 7.5.

A comprehensive survey of the American Civil War.

Adapted from Arthur Miller's play, film focuses on a group of Frenchmen who are detained at Vichy, the capital of France while under Nazi occupation, and "investigated" under suspicion of secretly being Jewish.

This documentary chronicles the world-famous Brooklyn Bridge in New York City. The difficult construction process is described in interesting detail; later parts of the film interview ...

Female prisoners in a Nazi concentration camp (Auschwitz) are spared from death in return for performing music for their captors.

Adaptation of Arthur Miller's semi-autobiographical play about Quentin, a Jewish intellectual from New York who must reexamine his life and his troubled relationship with Holga.

An aging traveling salesman recognizes the emptiness of his life and tries to fix it.