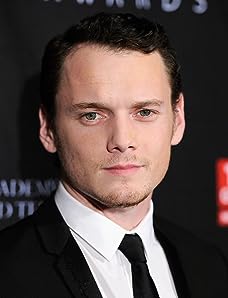 Anton Yelchin was an American actor, known for playing Bobby in Hearts in Atlantis (2001), Chekov in the Star Trek (2009) reboot, Charlie Brewster in the Fright Night (2011) remake, and Jacob in Like Crazy (2011).He was born in Leningrad (now St. Petersburg), Russia, USSR, to a Jewish family. His parents, Irina Korina and Viktor Yelchin, were a successful pair of professional figure skaters in Leningrad, and his grandfather was also a professional sportsman, a soccer player. Anton was a six-month-old baby when he emigrated to the United States, where his parents settled in California, and eventually developed coaching careers. He demonstrated his strong personality from the early age of four, and declined his parents' tutelage in figure skating because he was fond of acting, and knew exactly what he wanted to do in his life.Yelchin attended acting classes in Los Angeles, and eventually was noticed by casting agents. In 2000, at the age of ten, he made his debut on television, appearing as Robbie Edelstein in the medical drama Emergency Room: Die Notaufnahme (1994). At the age of 11, he shot to fame as Bobby Garfield, co-starring opposite Anthony Hopkins in Hearts in Atlantis (2001), and earning himself the 2002 Young Artist Award for Best Performance in a Feature Film as Leading Young Actor. Over the course of his acting career, Yelchin has already played roles in more than twenty feature films and television productions, including Pavel Chekov in the hugely successful reboot Star Trek (2009), and its sequel, Star Trek Into Darkness (2013).Outside of his acting profession, Anton loved reading, and was also fond of playing chess. He wrote music and performed with a band, where he also played piano and guitar.Anton lived in Los Angeles, California, until his death on the evening of June 19, 2016, outside his LA home, when his parked Jeep Grand Cherokee rolled backward on his steep driveway, pinning him against a brick pillar and security fence. This was due to badly designed shifter that indicated park when it was in neutral. This death, along with reports of other near-misses, resulted in a recall of that model. - IMDb Mini Biography By: Steve Shelokhonov

Amazon Video has the most number of Anton Yelchin’s flixes, followed by Google Play Movies compared to other streaming platforms. See the full graph below.

On average the IMDB score of the movies that Anton Yelchin has worked on is 6.6.

An ordinary boy finds a magic amulet that chooses him to be a Trollhunter, a guardian that defends the world of humans and the secret world of trolls.

A portrait of the extraordinary life and career of actor Anton Yelchin.

A grieving father in a downward spiral stumbles across a box of his recently deceased son's demo tapes and lyrics. Shocked by the discovery of this unknown talent, he forms a band in the hope of finding some catharsis.

Animation,Comedy,Drama
From Up on Poppy Hill (2011)

A group of Yokohama teens look to save their school's clubhouse from the wrecking ball in preparations for the 1964 Tokyo Olympics.

An aspiring novelist enters into a relationship with a woman, though there's just one catch: She's married and the couple can only meet between the hours of 5 and 7 each evening.

A punk rock band is forced to fight for survival after witnessing a murder at a neo-Nazi skinhead bar.

A rich kid becomes the self-appointed psychiatrist to the student body of his new high school.