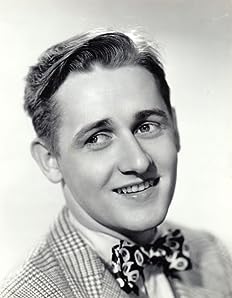 Alan Young was born in Northern England in 1919, but his Scots father moved the family to Edinburgh, Scotland, when Young was a toddler and then to Canada when Young was about 6 years old. As a boy, he suffered from severe asthma, which kept him bedridden for long periods of time but encouraged his love of radio. By age 13, Young had become a radio performer, and by age 17, he was writing and performing in his own radio show for the Canadian Broadcasting Corporation. The show was broadcast in the U.S. and led to an invitation to New York, initiating Young's career as an "All-American boy," despite his non-American origins and a vestigial Scots accent. He became popular on American radio from 1944 to 1949 with his "Alan Young Radio Show," but when radio began to lose its popularity and his show was canceled, Young decided to put together a comedy act and tour the U.S. theater circuit. After this experience, he wrote a television pilot for CBS in 1950, which resulted in The Alan Young Show (1950). The show was a well-received live revue that ran for 3 years, earned a couple of Emmy Awards, and garnered Young a star on the "Walk of Fame." However, the strain of writing and performing a weekly show got to Young, and the quality of the show declined, leading to his departure from the show and its cancellation. In the meantime, based on his popularity on radio and television, Young had established a film career, starting with his debut in Margie (1946) followed by Chicken Every Sunday (1949), Mr. Belvedere au collège (1949), Aaron Slick from Punkin Crick (1952), Androclès et le lion (1952), Les hommes épousent les brunes (1955), Les aventures de Tom Pouce (1958), and La machine à explorer le temps (1960).In the early 1960s, Young landed his best-known role, Wilbur Post, in the popular television series Monsieur Ed, le cheval qui parle (1958), which ran for 5 years. Since then, Young has made a number of television and film appearances but is known primarily for his voice characterizations in cartoons, especially as Scrooge McDuck in La Bande à Picsou (1987). - IMDb Mini Biography By: Lyn Hammond

Disney Plus has the most number of Alan Young’s flixes, followed by Google Play Movies compared to other streaming platforms. See the full graph below.

On average the IMDB score of the movies that Alan Young has worked on is 7.1.

The globe-trotting treasure-hunting money-making adventures of billionaire Scrooge McDuck and his nephews.

A funny and poignant tale of an old man who takes a road trip to have one last dance with his one true love. Along the way he touches the lives of those he meets.

Adventure,Animation,Comedy
DuckTales the Movie: Treasure of the Lost Lamp (1990)

Scrooge McDuck takes Huey, Dewey, and Louie to Egypt to find a pyramid and magic lamp.

An updated version of the classic Hanna-Barbera mystery cartoon. Daphne, Shaggy and Scooby-Doo travel from town to town in their van, The Mystery Machine, solving cases of hauntings, ...