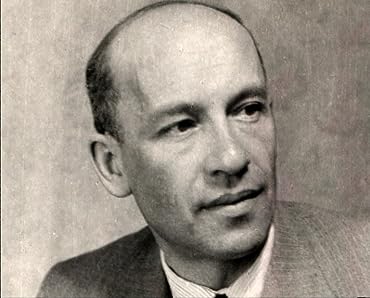 Isaak Iosifovich Dunayevsky was born on January 30, 1900 in Lokhvitsa, Poltava, Russian Empire. His grandfather was a cantor. His father, named Iosif Dunayevsky was a cashier at the Loans Society, he also was an amateur artist. His mother, named Rosalia Dunayevsky, played piano and sang for their seven children, of whom six brothers became musicians. In 1910 Dunayevsky enrolled in the Kharkov School of Music of the Imperial Russian Music Society. There he studied piano, violin with Iosif Yu. Akhron, and composition with Simon. S. Bogatyrev. He graduated from the Kharkov Conservatory in 1919, and was a violinist and composer at the Kharkov Drama Theatre.In 1923 Dunayevsky moved to Moscow and became the music director at the Theatre of Satire. He then moved to Leninsrad (now St. Petersburg), where he was appointed the Music Director of the Leningrad Music Hall and for the Big Band of Leonid Utyosov. He composed 12 operettas and was one of the founders of modern musical in the Soviet Union. Among his early admirers were Mikhail A. Bulgakov and Vsevolod Meyerhold. At that time, in Leningrad, Dunayevsky started his work in film. He was also the director of the Song and Dance Ensemble of the Leningrad House of Pioneers, and also was elected the Chairman of the Leningrad Union of ComposersDunayevsky is best known for his film music. His most popular film scores are 'Veselye Rebyata' (1934), 'Vratar' (1935), 'Tsirk' (1936), 'Deti Kapitana Granta' (1936), 'Volga-Volga' (1938), 'Svetly Put' (1940), 'Vesna' (1947), 'Kubanskie Kazaki' (1950), and other. Dunayevsky developed his own distinctive style, combining Russian folk songs with the American Jazz and the tradition of neo-Viennese operetta, the genre best represented by Emmerich Kálmán and Franz Lehár. He also absorbed the influences from the music of industrial age, the beat of Jazz, musical Impressionism of Claude Debussy and Maurice Ravel, and harmonic innovations of Sympho-Jazz. He always composed songs in a Major key.Dunayevsky was a unique personality in the history of culture. In the times of the "Great Terror" under the dictatorship of Joseph Stalin Dunayevsky managed to bring innovations by introducing the taste of Jazz and foreign entertainment into the rigid Soviet culture. His songs gained outstanding popularity in the former Soviet Union and internationally. His collaboration with the legendary singer and band-leader Leonid Utyosov was quintessential for the career of both men. Utyosov introduced Dunayevsky to director Grigoriy Aleksandrov and they made the first Soviet blockbusters 'Veselye Rebyata' (aka 'The Merry Guys', or 'Jolly Fellows' 1934) and 'Tsirk' (Circus 1936).During the dangerous time of the Nazi occupation of the Soviet Union in WWII, Dunayevsky with his music troupe was entertaining the Red Army troops. At that time he was the artistic director of the Ensemble of the Central Railway House of Culture. He was on road for about 2 years, concertizing in the rear of the Russian armies. During the war he composed mostly patriotic songs and lyrical romances. At the end of WWII Dunayevsky moved to Moscow. He continued his collaboration with Grigoriy Aleksandrov and Lyubov Orlova in their new films 'Vesna' (The Spring 1947) and 'Kubanskie Kazaki' (The Kuban Cossacs 1950). He was awarded the State Stalin's Prize twice, in 1936 and 1950.Dunayevsky later suffered from the official censorship campaign against intellectuals, as well as Sergei Prokofiev, Anna Akhmatova, Aram Khachaturyan and other cultural figures in the Soviet Union. He fell into disgrace at the time of political struggle before and after the death of Joseph Stalin. Dunayevsky was viciously attacked by a high ranking Soviet official from the Ministry of Culture, who made libelous statements against the composer, and accused him of "cosmopolitism" and all kind of sins. Dunayevsky was working on his operetta 'White Acacia' (1955) to be premiered at the Moscow Operetta Theatre in November of 1955. That was to be his 'swan song', the last and unfinished work.He died on July 25, 1955 of a heart attack. His radiant, cheerful and optimistic songs remain very popular today. - IMDb Mini Biography By: Steve Shelokhonov

On average the IMDB score of the movies that Isaak Dunayevsky has worked on is 5.9.